Egypt: Old Kingdom is now available on Google Play! Discover the history of Ancient Egypt in all its glory! Challenge your strategical abilities while learning a lot of history!

Build and develop Memphis, the ancient capital of Egypt. Provide enough resources for your city, deal with friendly and hostile neighbors, broaden your state, send expeditions to faraway lands, and build the Great Pyramids! The mighty Gods of Egypt are watching and guiding your every step, so remember to show them your respect and gratitude, and they will lead your Old Kingdom to prosperity!

*Doesn’t require an online connection to play!
*Includes all of the campaigns and modes of the PC version!

ABOUT THE GAME
You are one of the multitudes of incarnations of the great Horus, and side by side with the pharaohs, you are fighting against the mighty Seth, who unleashes numerous disasters upon the lands of Ancient Egypt. Win wars and overcome crises, discover new technologies, worship your gods and conquer neighboring tribes! Are you wise enough to help the ancient kings to unify Lower and Upper Egypt, build a stable economy and to erect the Great Pyramids?

BASED ON REAL HISTORY
You will find yourself in Memphis, 3500-2140 years B.C., the time of the first six dynasties of pharaohs. You will unify the country and create a prosperous kingdom, which later will have to face the havoc of the First Intermediate Period.

CONSTRUCTION OF THE GREAT PYRAMIDS
You will lead the construction of pyramids, choose their design and materials. This process requires tremendous investments, but it is the only way to keep peace and order in the country.

ANCIENT SOCIETY SIMULATOR
You will not only deal with the problems of farmers and craftsmen but also make important political decisions, which will define the future of the kingdom. Numerous challenges and events of different scale await you.

ANCIENT MAPS
Discover the world of the Old Kingdom: exploit new lands, send expeditions to different places, and meet different cultures. Use every opportunity to learn about your surroundings and to expand Egypt’s borders. 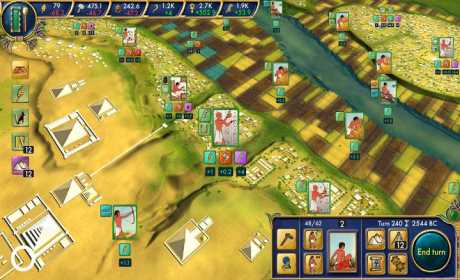 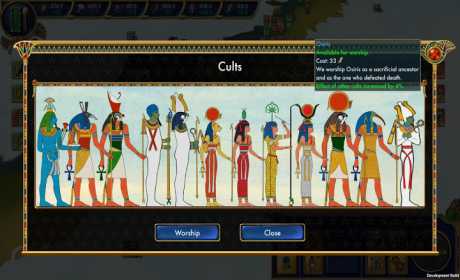 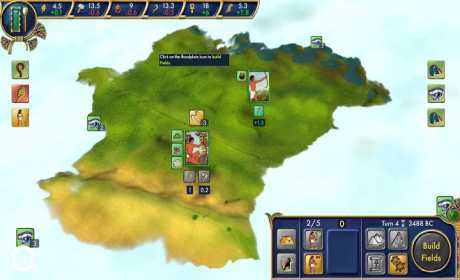