Develop your own transport network in various countries and cities. Open new routes, buy new planes and upgrade them, increase the capacity of the airports. Play Fly Corp and become the richest airline tycoon in the world of airports!

In this airline commander game, the whole world is your playing field! Almost 200 countries and thousands of cities all around the globe are available to build airports and expand your airline! Become the founder of the biggest and most profitable airline empire in history!

Different locations require good airline management skills as you’ll have to adapt to different conditions. For instance, European distances are short, and it’s very easy to manage the passenger flow here, while popular transatlantic routes will make you think more about travel time and expenses.

The airport game features an advanced passenger flow system. All the cities are designed according to their real analogs, and the population numbers are true. The more population figures are, the more people would like to fly by your airplanes. Each passenger has their own destination, and they’ll fly with transfers if there are no direct routes.

Since you don’t have enough money to connect each city to all the other cities, you should analyze the situation and make important decisions about where the transport hub is going to be situated. Planes, as well as airports, have their maximum capacity. You’ll lose profit even if one of them gets overloaded. So, you should learn to run your airline business as fast as you can!

– In the Unlock All Countries mode, your goal is to open every country in the world and cover the whole game map with your airline network. It’s necessary to unlock a new country every 6 minutes, or you’ll lose.

– Scenarios are various cases with certain pre-set conditions and goals to reach. For example, your airline should survive for some period of time or generate a specific amount of money. Each scenario is unique: for instance, you should quickly connect constantly unlocking airports or rebuild your air transport network due to virus outbreaks in a country.

– If you like idle tycoon games, Free Play is a perfect choice for you! Develop your own airplane network in various countries as long as you can without any limits. Could you become the one & only airplane tycoon in the world of airports?

Random events won’t let you get bored! Your daily airline management routine will be followed by positive (e.g. investments into your company), negative (disasters blocking flights to some countries or departure), or even ridiculous (a businessman sued you because of spilled coffee in turbulence zone) events. You’ll never know what to expect in this manager game!

Are you ready to become a real airline tycoon? Play Fly Corp and develop the biggest air transport network in the world! Download the airline simulator tycoon game now for free! 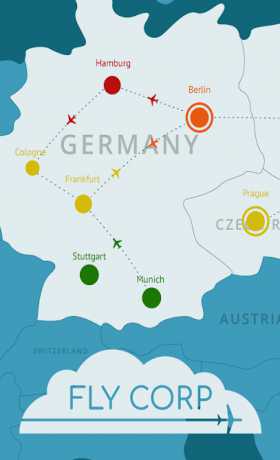 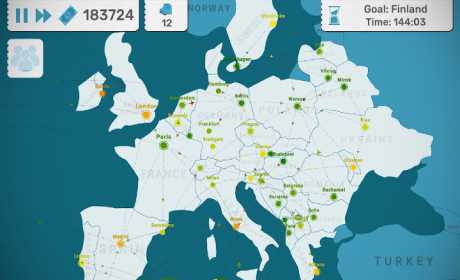 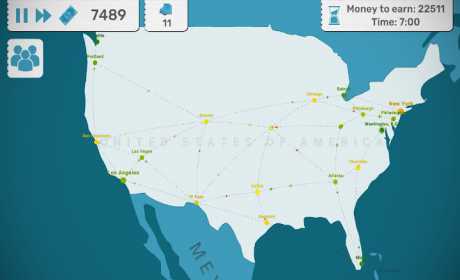