EPISODE 1: “Batman”: WARNING to all villains: There’s a new super hero in town! Doodle the Doodler of Doodle Jump fame learned a trick or two from Batman and is now facing off against Gotham’s most infamous villains – The Penguin, Mr. Freeze, The Joker, The Riddler and more – in a chase to save the powerful stolen crystals.

… Stay tuned for other episodes with Doodle as other powerful DC Super Heroes!

How to play:
Tilt to move left or right. Tap the screen to shoot. Swipe to glide.

Note: Doodle Jump DC Super Heroes offers in-app purchases and charges real money for some in-app content. You may block the ability to purchase in-app content in your device’s settings.

*** This game contains ads. You can easily remove them by purchasing the Remove Ads in-app purchase*** 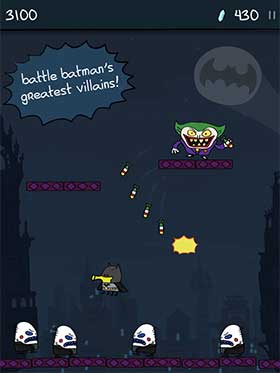 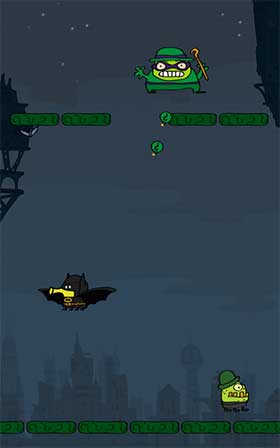 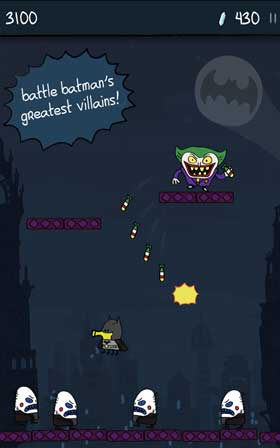