Battlefield Combat Nova Nation is a action game for android

Knowledge has improved our way of life and our understanding of the universe. Unfortunately, we are not wiser. Even with our superior technology, we were unable to stop a nuclear war for the resources of our dying planet. Battle, war, assaults… the last hope for the civilization lies in the new modern combat commandos trained to fight in the frontline, men and women trained to restore peace and justice in the planet, acting as judges and executioners. You have been appointed as Commander of Nova Nation, the main core of civilization. Will you be up to the challenge and hear the call of duty?

Battlefield Combat Nova Nation is a first person shooter where you will impersonate a sniper assassin, a contract killer and leader whose only mission is avoiding the D-Day for our planet. Fight the Rebels in a modern combat one on one sniper and rifle war, assaulting each other in the frontline of the agonizing planet.

– Feel the pressure of a sniper or soldier alone facing the enemy in the frontline - Endless waves of AI controlled enemies - Different weapons, customizable and upgradeable - Realistic shooting of your weapon - More than 70 carefully designed scenarios - Real 3D graphics optimized for a wide variety of devices - Build your very own base! - Easy to learn, hard to master - TOTALLY FREE. - A modern combat game you will remember.

“A first person shooter which exemplifies what a good modern combat game should always have – different sniper and rifle weapons, nice shoot control and awesome story – 5 of 5 stars” – AlMiSoft Inc 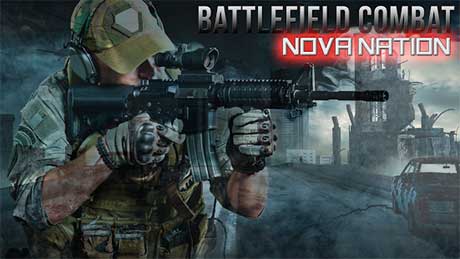 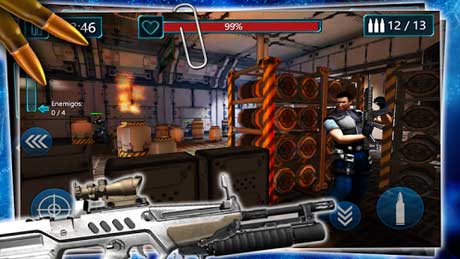 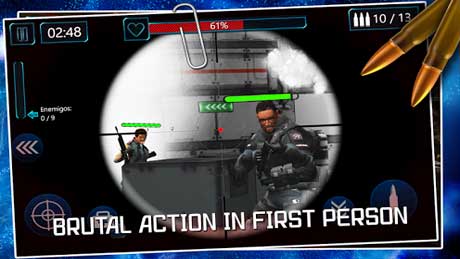