Horrorfield is a horrifying action horror game. Play this scary hide and seek online game with friends in real-time. Will you get caught by the deadly serial killer or escape becoming a survivor? It’s up to you in survival multiplayer games! Remember all horror movies about cult maniac Jason and Friday the 13th and feel like the main character of a scary slasher. It’s time to be afraid!

Welcome to the horrifying maniac monster lair! Join the camp of 7 survivors and choose your unique role and set of abilities:
🏀BASKETBALL PLAYER can run away from the murderer faster than the other players.
🩺DOCTOR heals himself and other victims.
🛠️ENGINEER can fix generators and crafts armors and weapons more quickly.
🗝️THIEF has high stealth and agility to hide from a serial killer.
💣MERCENARY is a brave soldier who isn’t afraid of psycho.
🔭SCIENTIST can upgrade military equipment and spread his aura of wisdom to the other survivors.
🚨 POLICE OFFICER can catch the murderer.

The survivors’ goal is to join forces, develop a team strategy and escape the sinister lair where the psychopath reigns. You will hide online, rescue friends, combine different skills and items to outlast the psycho killer’s hunt.

🏚️Explore an abandoned monster lair full of terrifying traps and secret hiding places like in the most amazing haunted games.
😱Make sure you don’t scream, or the butcher maniac will find you. Keep calm, and you get a chance to outlast the psycho killer attack.
🏃Escape from the serial killer as quickly as possible, or you’ll have to face the scary butcher.
⚡Repair all the generators to turn on the power and unlock the exit gate.

You don’t have a shelter – run faster to outlast a scary escape adventure. Try to survive and avoid terrible torture and endless nightmare. The multiplayer horror survival is waiting for its heroes. Join this agony game and beware of furious serial killers!

Maybe you’ve always dreamt of evoking the darkest fear, like horrifying killer Jason Voorhees? Or maybe Friday the 13th is your favorite day? Jumpscare games with spooky gameplay are your favorite horror game genre? Then take the side of a bloodthirsty disgusting psychopath with the saw.

You can play as 4 different psychos, each with a unique set of skills and a trademark hunting style:
🪓BUTCHER breaks the generators to prevent the victim from escaping.
☠️CULTIST is a damned monster who has escaped from the mental hospital and yearns to sacrifice the survivors.
👤GHOST can pass through walls like a true poltergeist and terrify its victims.
🐺BEAST hungry werewolf monster that can turn into a bloodthirsty wolf.

The psycho’s goal — to catch victims hiding in the dark labyrinth and commit murder.
Matches pit one psycho against four survivors, but the killer is powerful and almost invincible. Hear the screams and follow the bloody footsteps of the survivors. Prove that you are a crazy psycho butcher like the horrifying maniac Jason from a classic horror slasher. Choose your side!

Horrorfield is a multiplayer agony horror game that will give goosebumps even to true fans of serial killer games. The most terrifying horror adventure awaits you!
Welcome to the best multiplayer game! Four victims versus one horrifying psycho in the abandoned bunker. Catch all the survivors while playing as the scary killer, or find a way out for survivors and escape the crazy murderer. Let the bloody hide and seek online game begin! 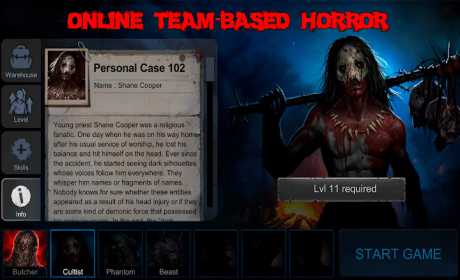 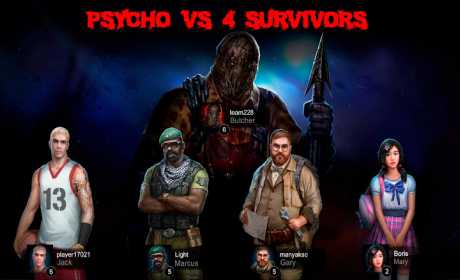 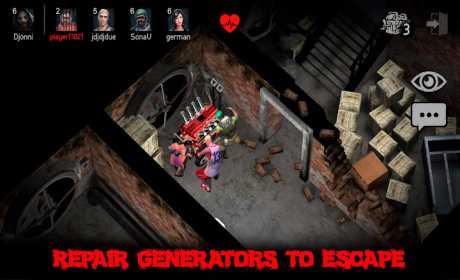