Dive into a fairytale adventure with Vincelot the small knight! Take part in the tournament, visit Princess Paula in the castle and play great mini games. You will discover many exciting things and animations in the kingdom of Dragonstone!

Accompany Vincelot on his fairytale journey through the different locations around castle Dragonstone! While travelling, you’ll get to know many funny characters and even visit Princess Paula’s birthday party. As in a hidden object story book, there are funny, hidden elements to discover. Who discovers the clumsy knight first?

Dive into the colourful middle age and explore Vincelot’s world! Show your skills in archery, find Princess Paula’s favorite balls’ hiding spots or direct the funny band of bards. As a crest painter you can let your fantasy run free and decorate the throne room with your art and many colours. The king and the princess will love your designs!

In each scene there are knightly challenges waiting for Vincelot and the player – exciting mini games! Carefully hand drawn characters and game elements inspire the kids’ fantasy and guarantee a pleasant atmosphere. The controllings are designed to be easy to learn for small squires, but also challenging for big knights.

The colourful sceneries and the varied mini games are carefully aligned to the needs of young and old fairytale fans and become an educational and exciting fun for everyone. A calm fairytale narrator supports the story without annoying or disturbing the player. Soothing music and lovingly designed animations round off the experience and turn it into an unforgettable adventure in the fantastic world of the middle ages. So don’t hesitate and explore the exciting fairytale world of Vincelot! 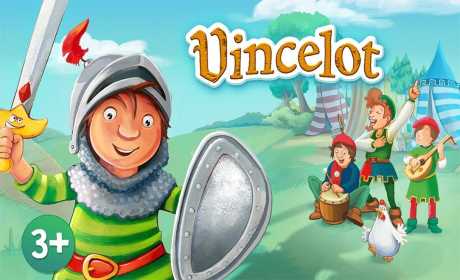 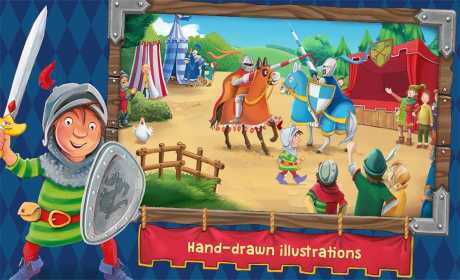 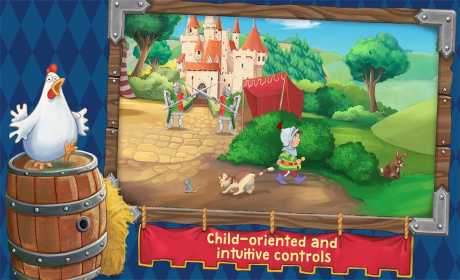 Brain Out – Can you pass it? Mod Apk 2.2.3 Hack(Unlimited Guide,Adfree) for android