Sandstorm Pirate Wars brings you in a post-apocalyptic adventure in which you should prove your skills and strategy in battles to show to all that you are THE MOST FIERCE AND SMARTEST PIRATE EVER!

~~~~~~~~~~
FEATURES
~~~~~~~~~~
* FIGHT IN REAL-TIME MULTIPLAYER: challenge other Pirates, compete with your friends and fight your way up the ranking tops!
* UPGRADE & CUSTOMIZE YOUR SANDCRUISER: choose from over 100 weapons to create the ultimate war machine
* ENJOY STUNNING 3D GRAPHICS: because explosions look so much better in HD
* EXPLORE THE SAVAGE LANDS: complete dangerous missions to earn extra rewards that will make the difference on the battleground

Sandstorm Pirate Wars brings you in a post-apocalyptic adventure in which only the fiercest and smartest pirates will last.

Build your Sandcruiser with the pieces you’ll find during your missions on the Savage Lands, and upgrade it with lethal weapons and life-saving shields.

Engage the fight in brutal real-time battles with other players from around the world and become the most feared Pirate of the Savage Lands! 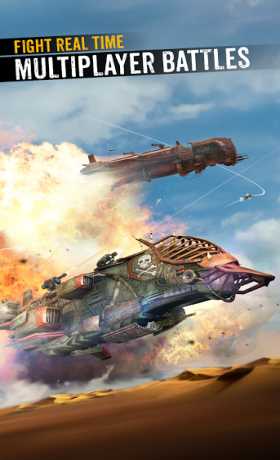 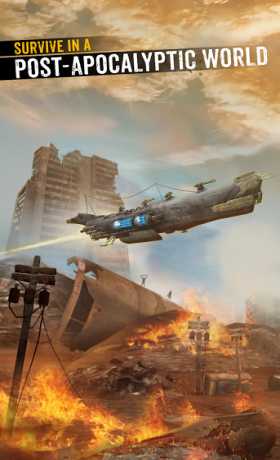 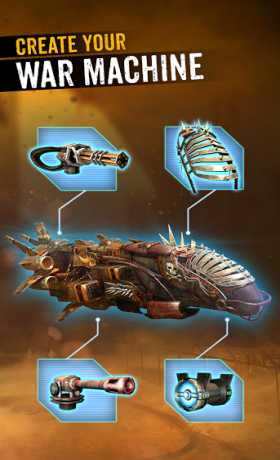