NARUTO SHIPPUDEN: Ultimate Ninja Blazing – Join the battle with your favorite NARUTO characters, fighting in Shinobi Formation Battles across the story of the renowned anime!

Mission Mode Based On the Original Anime Storyline!
• Mission Mode allows you to relive the experience of the NARUTO story
• Battle through stories from the original series

Ninja Skills and Powerful Attacks!
• Fighting skills include close-ranged and combination attacks for massive damage
• Ninja Field Skills can turn the tide of battle in your favor
• Fighting closely with your team allows for great opportunity, but also great risk

Fight Ninjas from Around the World in Online Multiplayer Games!
• Battle against other ninjas in multiplayer mode
• Join together and take on missions with up to 3 other ninjas

New Games in Monthly Phantom Castle Events!
• Compete against other ninjas for the most points and aim for the top in a special mode that can only be accessed during special events
• Battle against a multitude of enemies that await you as you climb the Phantom Castle

Join the battle with your favorite NARUTO characters! Download NARUTO SHIPPUDEN: Ultimate Ninja Blazing now and become the next Hokage!

This application is distributed under the official rights from the license holder. 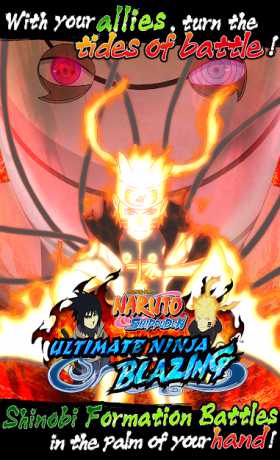 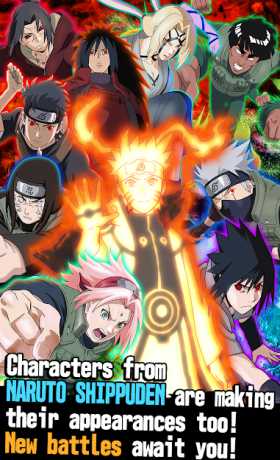 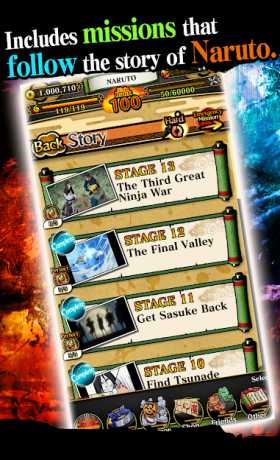