Features:
71+ heavily modded bikes to choose from
Tune and customize your bike any way you want
Enjoy an epic story of underground rivalry and gang battles
Prove yourself against the most brutal kings of the road
Express yourself through millions of motor customization options
Explore a huge city ruled by dangerous daredevils and hardcore criminals
Available in 17 language versions
Extremely smooth graphics on all devices

BEAT YOUR RIVALS IN THE TOP BIKE RACING GAME
Break all the rules and experience mindblowing bike racing action set in a huge urban sprawl called The City. Separated into a set of districts, each with its own look and real feel. Prepare for heart-stopping and breathtaking thrills you have never seen in mobile games before.

RIDE EPIC BIKES
Race on a huge selection of easily customizable motorcycles ranging from badass choppers to fast motocross bikes. All prepped up, loaded with nitro and ready to unleash their full fury on the asphalt below.
There’s also a treat for all of the dirt fanatics out there – you can drive real quads. Experience speed that cannot be stopped by anything less than a brick wall!

CHALLENGE THE BIGGEST AND THE BADDEST
Feel the adrenaline overload as you start racing against the biker gangs that rule The City. They are the famous 1%, the outlaw bike racers who thrive on crime and their need for the rush of speed. They believe that all of the best things in the world are for free (when you take them forcibly) and that having fun in life is the only thing that matters. Except for power and money, of course.

EXPRESS YOURSELF
Customize your bike with unique tuning – slap some decals and paint it with your favourite color. Go crazy with the combinations, it’s your ride – your rules. In illegal drag racing competitions being creative about your bike is the only way to become known and respected.

EXPLORE THE URBAN SPRAWL
The City is split into districts, each run by a different bike gang. You’ll have to beat all of the renegade bikers if you hope to assume direct control over The City. Race in a deep selection of realistic game modes and challenges.

BECOME A LEGEND OF THE ROAD
The great highway awaits for those brave enough to compete with the best racing competitors in the world of underground bike community. You have to be hardcore to keep up with the criminal kings of the road – but the prize for the best moto racer is really big. Do you think you can become the new bike gang leader of The City?

EASY RIDER
This bike racing game is optimized to work smooth on most devices. Additionally it was translated into 17 languages from all over the world. Nothing can stop you from owning the streets now!
See you on the road, player! 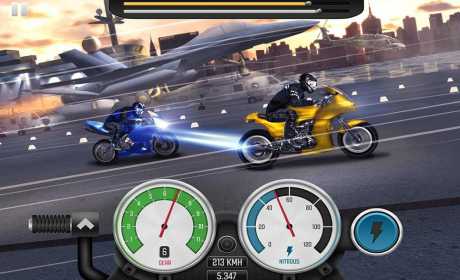 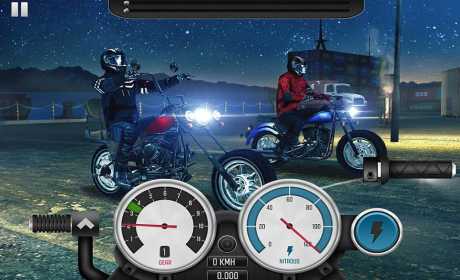 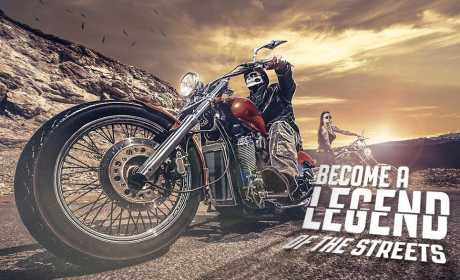