The Conquest: Colonization is a Simulation Game for Android

The Conquest: Colonization is a TBS (turn-based strategy) game, set in American colonial era, inspired in different classics of the same genre like Civilization, Total War, Colonization or Europa Universalis.

Select your nation and fulfill the different goals you will find in your way to forge one of the greatest empires the world has ever seen.

Explore ruins, small villages and search for wonders like Machu Pichu or the Chichen Itza pyramid in the different territories of the American continent truly represented.
Conquest and destroy your European foes through the various troops that the game contains, including cavalry, artilery and ships.
Buy the native’s friendship to make them confront your enemies or conquer their villages to expand easier your empire.
Watch your tiny villages turn into huge cities full with people at the time you build and update the huge variety of available buildings.

If you are a fan of the strategy genre, The Conquest: Colonization is a must have for your collection. 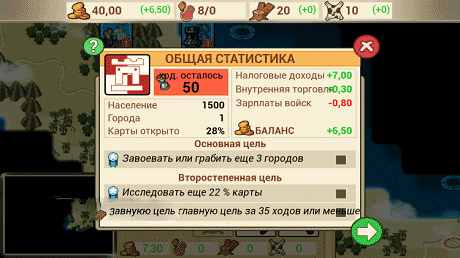 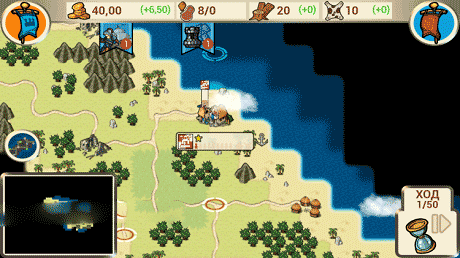