Be a real hero in the most famous superheroes game of the moment! Don’t miss the chance to fight against the worst villains and titans alongside the best superheroes of this incredible universe!

Your mission will be very easy: Do TAP TAP TAP on the screen and see how you destroy the monsters with your tap hero. You will be able to hire incredible heroes to fight with you against the villains and titans on one of the best fighter games of 2019.

Maybe you don’t know how idle games are because it is really new in the video games sector but we are here to explain you this type of clicker games. You will have to do “tap tap” on the screen as faster as you can to rest points of life to the titans and villains which you will have to face on each level of the best tap tap game of the moment.

This is similar to those fighting games, super market games or tycoon games where you have to tap to make movements and destroy the enemies but we are different because we offer the possibility of fighting with the best ninja of universe! And with the most idle superheroes of the planet!

But what idle superheroes will fight with you? Keep calm because you will know to all them in this superhero game: many tap characters are waiting for your hero in the brave battle for the grocery store of the supermarket! The heroes of this new lidl universe, fighting for peace, accompanying you in one of the best idle games of this year 2019!

Do tap tap in the idle games and you will see awful monsters in the grocery store like huge titans and smart villains which will try to beat your tap hero or your super girl. There are few tap games like this but the playability of this superhero game is excellent and each tap from your fingers will be highly marked in the best tap game of superheroes.

*FIGHT next to more than 30 superheroes with amazing skills through doing tap.
*VANQUISH more than 90 villains and titans of this tap universe.
*DISCOVER unique scenarios where your tap hero meet new allies
*CREATE gizmos by finding fragments along your journey of heros
*LEARN many skills and superheroes powers thanks to your tap speed.
*PETS! Take care of them and they will grant you bonuses and many superheroes improvements in the tap games!
*OVERCOME titans and final villains of chaos and evil on these tap games

Now you start to understand the importance of tap games in the world and all the superheroes which you can meet on the fighting games or super market games. Start with your ninja and the first 10 tap will have a super reward for boosting your attack and the attack of your idle superheroes.

The best clicker games of this year are betting for putting real superheroes for starring in the main characters of its scenes but we have put idle superheroes on this super market game and we can swear this: The tap superheroes: endless clash is hilarious!

The TAP was never so important like in these superhero games and you will be able to use few fingers to do tap at the same time! This feature will allow your hero to destroy all the villains and titans of the grocery store.

Don’t think more about this, download one of the best lidl superhero games and enjoy with your tap hero and his powerful tap. Spend your money for hiring the idle superheroes of this universe and let them to help you to beat the villains and titans with their power!

Tap tap and nothing more! Be brave because the tap titans will put many difficulties to be defeated in his supermarket. They will recharge their life in a bigger amount each time that they appear on the screen and your idle superheroes will need to improve their skills for being able to destroy the villains on the available time!

For finishing this tap hero lidle text, we will offer your the best sentence of the superheroes universe:

TAP TAP AND NOTHING MORE GUYS! 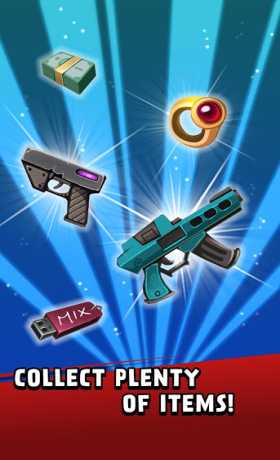 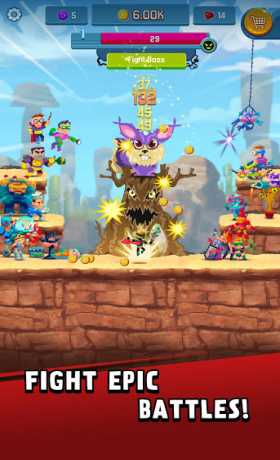 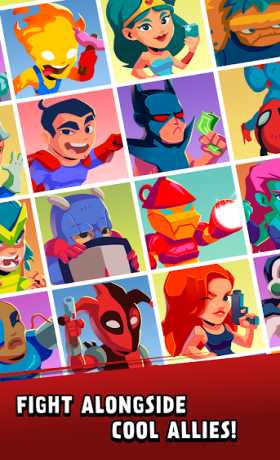