Experience one of the best AAA sniper games on mobile!
Download now for free and shoot your way through this action-packed sniper FPS.

Mankind faces extinction as the people of Earth are thrown into a full-on war with an unknown invading force in this action-packed sci-fi shooter.

Sniper Extinction gives you THREE HEART-PUMPING 3D ACTION GAMES in one package! As a part of an elite Tactical Support unit, your special skills will be put to good use in three distinct FPS mission types:

• SNIPER MISSIONS
As one of the best snipers of all time you will kill your enemies from long distances using 15+ upgradeable high precision sniper rifles.

• GUNSHIP MISSIONS
Filling in as gunner in the crew of the gunship Brooklyn Diner, you rain fire upon the invaders from the air, using heavy machine guns, auto cannons and howitzers.

• HEAVY WEAPONS MISSIONS
Being a weapons specialist in a Tactical Support unit also means causing mayhem and laying down heavy fire in rail-shooter style missions with machine guns mounted in helicopters, on tanks and on armoured vehicles.

Your missions in CAMPAIGN MODE will take you across the globe, from the snowy forests of Alaska to the arid deserts of Afghanistan.

Wage guerilla warfare in the WAR EFFORT MODE, where your combat abilities will be put to the ultimate test against endless waves of enemy warriors. Never let the invaders rest!

Upgrade and expand your arsenal in the WEAPONS STORE. Improve your chances in combat with a wide selection of sniper rifles.

Unlock enhancements in the TECH TREE! Exchange your Tech Points for a Drone or why not try the Adaptive Camouflage?

Need an edge in battle? THE BLACK MARKET has you covered with special deals on guns, cash, diamonds and abilities.

Use your special COMBAT ABILITIES to get out of tricky situations: Pinpoint enemy locations with the Auto Scanner! Call in a devastating Airstrike! Shoot through walls and covers with Piercing Bullets! Penetrate the strongest armor with the Damage Boost! Call in support fire from other sniper teams with the Wolfpack!

DISCLAIMER
Sniper Extinction is free to download and play. It does however contain mature content as well as optional in-app purchases for real money. Please respect the CONTENT RATING and keep the game away from small children. 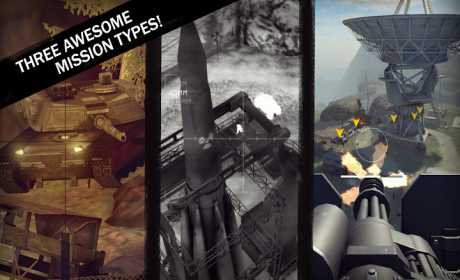 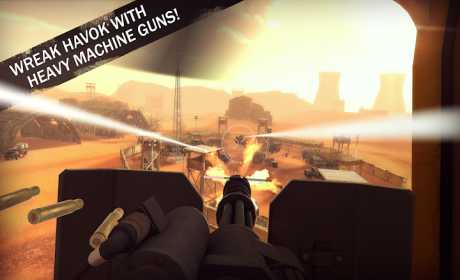