Talking Tom’s new candy store has been robbed! If you want to get the candy back, you’re going to have to run!

An amazing new endless runner adventure starts now. The robber has stolen your candy, but he is dropping it everywhere – along the street, at the beach, even at the amusement park! Choose your favorite Talking Tom and Friends character and get ready to run, jump, and slide your way through an epic, candy-filled adventure. Pick up chests to get free coins, diamonds, new characters, and character upgrades. Chase after the robber together with fun buddies who will help you with their awesome special abilities.

Now, where’s all that candy?

FEATURES:
* Play as one of your favorite characters
* Collect coins, power-ups, and lots and lots of CANDY!
* Run, jump, and slide through levels full of exciting obstacles
* Activate the special abilities of Talking Tom and Friends characters
* Upgrade characters to improve their abilities
* Make Talking Tom fly and Talking Angela turn obstacles into candy
* Get help from your buddies: Unicorn, Dragon, Smiley Face, and Happy Cloud
* Get your candy back and upgrade candy stores to unlock new content!

Talking Tom Candy Run is a top new running game packed with an infinite amount of fun! It’s free to play and best to enjoy when you’re craving some juicy candy.

This app contains:
– Promotion of Outfit7’s products and third party advertising
– Links that direct users to other apps and Outfit7’s websites
– Personalization of content to entice users to play the app again
– Watching videos of Outfit7’s animated characters via You Tube integration
– The option to make in-app purchases
– Items are available for different prices in virtual currency, depending on the current level reached by the player
– Alternative options to access all functionalities of the app without making any in-app purchase using real money (level progress, games, in-game functionalities, ads) 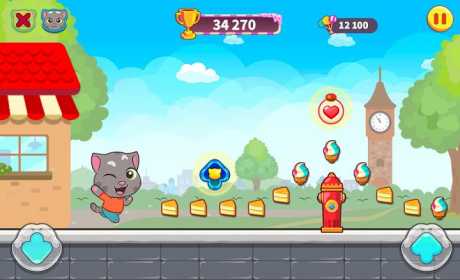 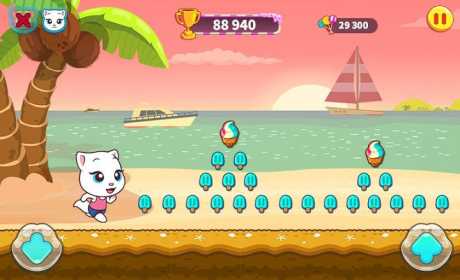 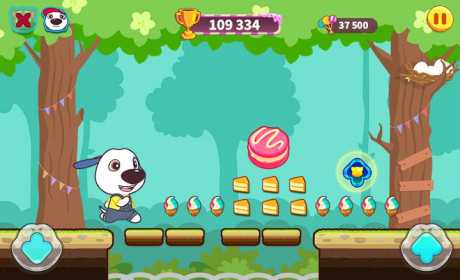