Welcome to the #1 FPS experience for mobile phones and tablets!

THE BATTLE IS NOT FOR THE WEAK WITH OVER 300 MISSIONS

You can be a brave soldier on the battlefield, strike back the huge creature in the sky, the mutation spiders emerges from the ground or the deadly engines can destroy everything in the combat zone.
Or you can be a silent killer who move through dark to find the best sniper vantage points and take the all-important Kill Shot!
Maybe you are the frontline commando or the professional sniper to complete impossible missions. Hear the call of duty in your heart from battlefield

VARIOUS ENEMY SYSTEM
In STRIKE BACK you must face to:
– Assault: Basic enemy, use assault guns.
– Machine: heavy-armed enemy, skill Grenade and more HP.
– sniper: armed with sniper rifles, enemy attack from far away and high above, add in skill RPG, they are real kill shot.
– Healer: uses short gun for melee attack, add in skill healing HP for themselves and partners.
– Drone: flying robot, freely attack users from above, add in super fast machine guns.
– Canon: Automatic machine gun robots.
– crab: bomb suicide creature, run into target and explode.
You will face to many of bosses in the war zone. They all make a crisis invasion. Your duty is brave

BUILD ALLIANCE, A ELITE FORCE
While accomplishing missions, users will rescue and co-opt partners to the team. Each squad has specific position and skill, and they are effective sidekicks for users on each round against this crisis invasion.
– Soldier Hank: a commando use assault, experts in grenade (skill throwing grenade).
– Soldier Jimmy: a commando use machine, experts in aiding (skill healing HP for the whole team)
– Soldier Lena: a commando use sniper, experts in RPG, our kill shot (skill powerful fire, able to attack on ground and air)
Build powerful alliance, a elite force, Compete for high scores alone or with your Alliance against opposing Alliances in the modern combat, Your duty is believe to go the war zone

COMMAND AN ARSENAL OF DEADLY WEAPON WITH MODERN AND PROGRESSIVE FIREPOWERS
The specific weapon of the army for modern combat
In STRIKE BACK you can equip weapons and support items:
– Take to the frontline with Sniper rifles, assault rifles, machine guns and secret weapons for kill shot, just for elite force.
– Support items like grenades, RPG, mekit
– specially, if you are an experts in assassination, equip a gun Ghost that caused fear in every battlefield
– if you would like to break out the dead of frontline, the machine gun is a perfect choice in the frontline.
Equip full weapon to against this crisis invasion, Your duty is ready.

STORY GAME
The government has made a big mistake when they desired to raise the combat capability of the army. They strengthened their soldiers by newly discovered creature from Mars. Things got out of hand at restricted area 47 when this creature had seized control of the strengthened army. That become a real crisis invasion. Let’s join Jones to combat the enemy, performing mission impossible for stemming the tide. 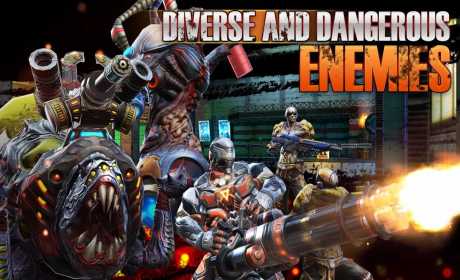 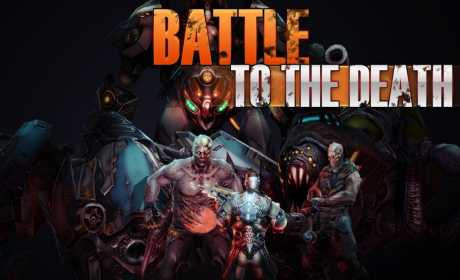 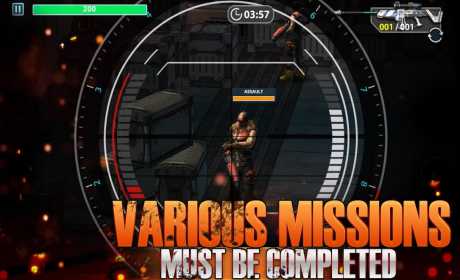