Spellbinders is a game where players control several titans that are fighting.
Download Spellbinders

For eons, the Titans have fought for fame, glory, and bragging rights in an eternal struggle. As a Spellbinder, YOU control the battlefield. Choose a Titan, command an army of fearless minions and dust off your favorite spell book. Awaken powerful Ancient units from their slumber to tip the scales of war. Devise the perfect strategy and lay siege to your opponent’s base. The lines are drawn, the cannons are loaded and the battle has begun. Lead your Titan to victory – by any spells necessary!

Features:
– MOBA made for mobile: Short and intense strategy bursts in real-time
– Battle with an ever-expanding roster of mighty Titans
– Command an army of minions and game-changing sorcery
– Dive into deceptively deep gameplay that rewards practice and tactical skill
– Climb the ranks in the weekly leagues and take home the grand trophy

By Kiloo and Funday Factory

An internet connection is required to play. 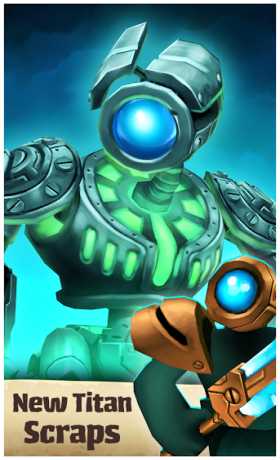 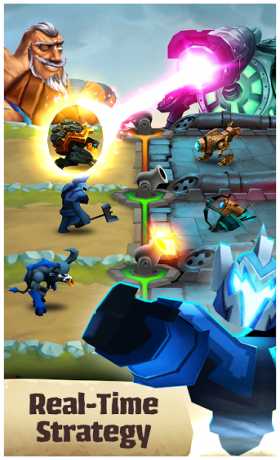 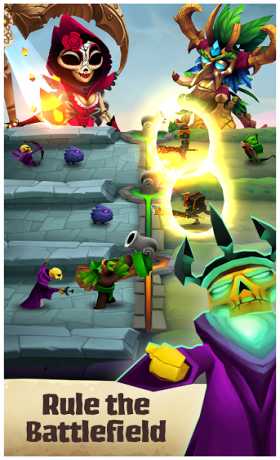