★ Game Features ★
– Burst in melee with furious dash attacks or keep at range and rain down hell on your enemy with quick shots, heavy beams, or cluster bombs
– Exquisite quality of graphics
– Earphones are recommended to fully experience epic 3-D sound effects
– Immersive button-less control scheme
– Don’t let the rookie-level AI fool you, they can get insanely difficult at times
– Unlock new maps and stories as you proceed on
– Well known super heroes, ranged from the good ol days’ to the most recent ones
– Explicit tutorial for new players and effective training to acquaintance with unique gameplay
– Use reputation points to participate in versus mode, which greatly increases gold reward and enhances item drop rate
– Shiny (literally) equipment await to be unlocked
– Diverse abilities and stats upgrade system
– Generous daily awards can be claimed freely
– Obtain free coins by inviting your friends through Facebook

(!) New unyielding heroes, techniques and multiplayer mode are coming soon in the next updates (!)

★ How to play ★
– Tap any where in the empty space to move your hero
– Switch skills during the fight by tapping on their icons at the bottom-right corner
– At a long distance, tap on the enemy to fire quick shots, or hold for a few seconds to charge up and release a massive energy burst
– At a closer range, tap on your enemy to approach and dish out a series of melee attacks
– Swipe the screen toward your enemy to perform a deadly dash attack
– Stay still to automatically block incoming attacks
– Double tap on your hero to activate the powerful sonic blast
– Press and hold on your hero to quickly regenerate

★ Game Story ★
Each hero has his background story. Meanwhile, An AI (Artificial Intelligence) has been created to study their stories and interpret them to you. Most of the time, it will walk you through the basics. Unfortunately, due to a critical mistake of its creator, that gave AI such gloomy vision of understanding any hero’s form. Other than that, little AI is still learning things to get better at guiding players.

★ Contact us ★
We want to make sure you are entertained. Feel free to write us any feedback. They are real-time credits for us. Let’s improve the game together! 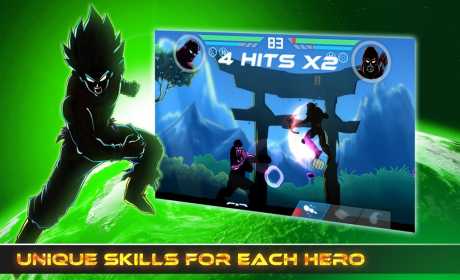 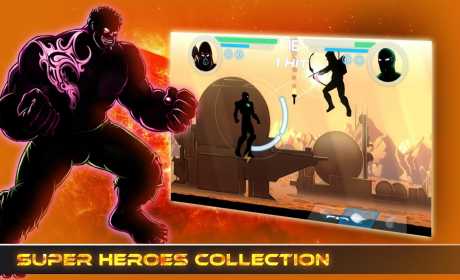 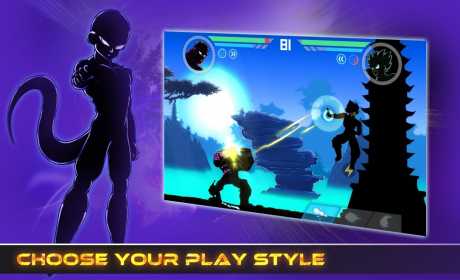