Play the sequel to the smash hit endless runner that had generations of players glued to their screens! Hugo Troll Race 2 brings back everything you loved in the original game, plus tons of fun new features, awesome graphics and plenty of surprises! Did we mention loads of new content as well?

Join Hugo in his fight against Scylla and her minions and gather as much gold as possible by demonstrating your ultimate trolley-driving skills! Navigate dark mines, dodge trains, use power-ups and put your whole bag of tricks to work against her Evilness.

Face Scylla, Hugo’s nemesis, in a direct battle where only an unparalleled set of skills can defeat her! Win incredible prizes in Daily Quests, but don’t spend all that gold in one place!

Want to take a break from playing as Hugo? Of course you can do that! Hugolina is eager to hop on the trolley and join the fun. There are even loads of different outfits that you can purchase for her

While you’ll find all the classic trolleys you love, there is an exciting selection of new mine-friendly vehicles, waiting to be taken out for a ride on the tracks. Which ones do you like best?

Immerse in the gameplay and feel like you’re part of the action! Just be careful: don’t allow your attention to be diverted by the beautiful lava stalagmites or fiery lava fountains!
Dodge mine carts, avoid falling stalactites and stalagmites that burst upwards, speeding trains, dirt mounds and, of course, hordes of Crocos!

COMPETE AGAINST YOUR FRIENDS

What will your best score be? Make your unmatched skills known to all of your friends by getting the highest scores on the Leaderboard!

You’re not a real Troll if collecting things is not among your hobbies! We’ve added loads of exciting (and shiny!) items to collect. Add new trolleys and outfits to your collection and make sure Hugo and Hugolina always ride in style! There is also an impressive list of upgrades to purchase and employ in your fight against Scylla! 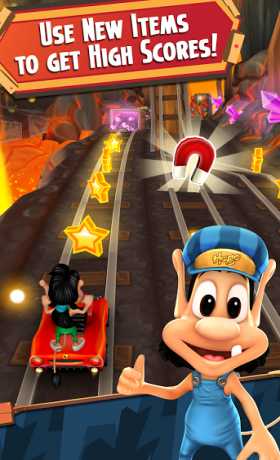 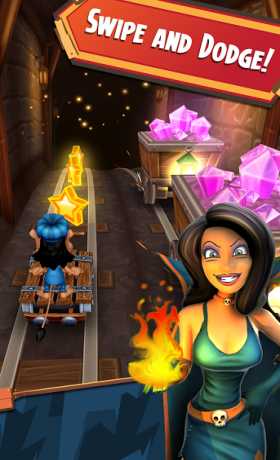 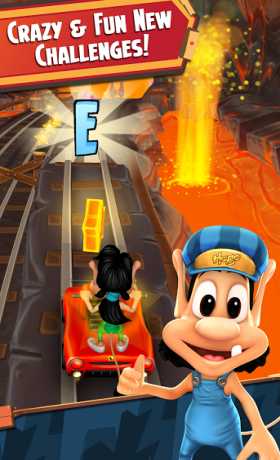