The next generation in mobile racers is here! Road Racing brings to you one of the most fulfilling and satisfying traffic dodging experiences in the world.

Head out to become the best new racer on the streets! The game is on, and millions of other players will compete for the top ranks on the global leaderboard. Race the traffic and complete the challenges to get real among the competition. Only the best racers will immortalize themselves in the halls of street racing fame.

Dodge cars in the endless traffic on procedurally generated asphalt tracks. Each gameplay is going to be a new experience. Watch the level unfold as you race for the points. Explore unique world settings – each place has its own vibe and feel.

Road Racing takes place in the Top Speed universe – if you’ve played it then you might see a familiar face or two!

Take part in a selection of hardcore challenges. Make near traffic misses and break speed records, accumulate points and earn hard cash to upgrade your cars. Go right to the top of worldwide ranks of arcade racers. Nobody said that traffic driving would be easy – but the prize is well worth it.

The police will come after you if you’ll go totally ballistic. Be prepared to escape from the cops, who might even use a helicopter to catch you. Brace yourself for an action packed run, filled with skin-of-the-teeth near misses.

Choose from a ton of different rides. Customize your car by tuning its appearance. Slap on some decals for unique bonuses in the game. Go crazy and work on that swag. It’s time to match your looks with your skills!

Standing in the traffic was never an option. Unleash yourself on a ticket-earning endless rampage in Road Racing. Break the rules, challenge the odds and play to win. Download now! 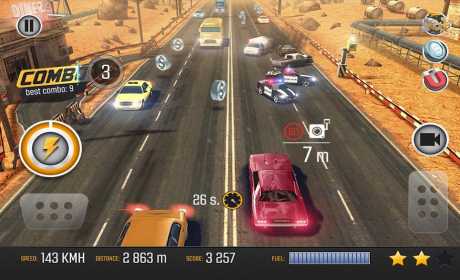 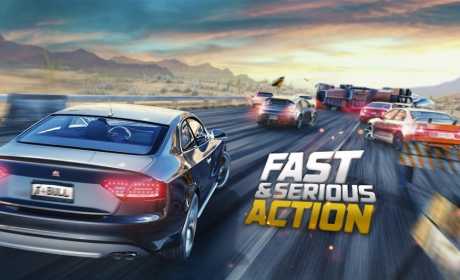 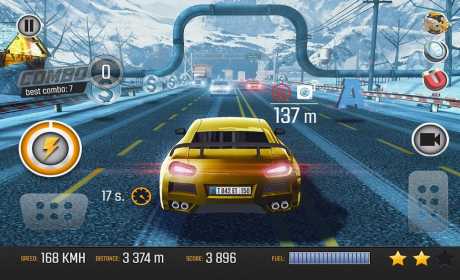