Pocket Troops is the most feel-good war game ever. Recruit rookies, train them hard, equip with special skills and weapons. Step into the battle with millions of other players worldwide!

As the Commander of this clumsy brigade, your role is to recruit and train troopers one by one. They will fight and act in the way you train and equip them in HQ, controlled by their own AI.

Cross your fingers and cheer for your squad! Battles happen in short and catchy sessions. It’s a perfect bite-sized game to play in a traffic jam, when waiting for someone or yawning…

= MAIN FEATURES =
* Recruit, train and command your own super-trooper army.
* Kick other Commanders’ arses worldwide and gather the loot.
* Stand against Evil, Professor Evil, and the army of his minions.
* Twelve challenging missions with unexpected storyline twists.
* Upgrade and protect your Headquarters. Your Base. Your Fortress. Well, you got it…
* Six unique trooper classes with awesome skills.
* Large selection of weapons and equipment. Our favorites are Stone, Molotov Cocktail, Lewis Gun and Laser Rifle.

How to install:
1. Install APK
2. Copy folder “com.Heyworks.PocketTroopsVK” in “Android/obb”
3. Play and enjoy 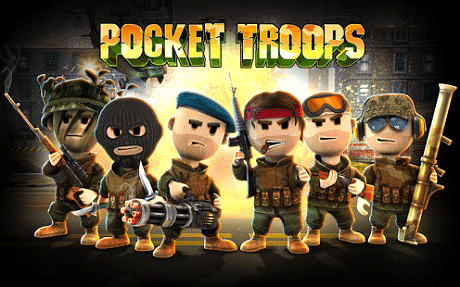 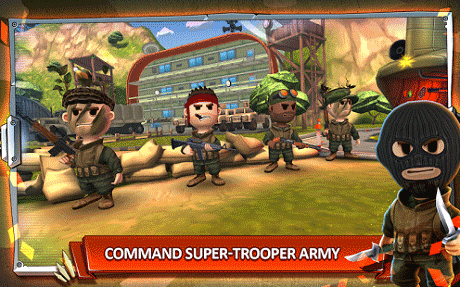