Note: Core game is completely ad free. An ad is shown before/after playing a game, but it can be skipped after 5 seconds by tapping the button on the top left corner of the screen.

Viking Village is a minimalist real-time strategy/base defense hybrid game in which you build and defend a village from evil knights. Collect resources, build archer towers at strategic positions and control melee Viking warriors directly to survive. Attack enemy village and destroy their for to win. Capture powerful barbarian from the forest to add to your defense. Even control deer directly if you need some extra attack power! Attack pirate camps to get some extra resources.

Features:
– Train Villagers, Warriors and Archers
– Create farms, mines and plant trees to gather resources
– Take control of deer and attack enemies with them!
– Defeat pirates to get resources, or hire them to protect your village
– Capture the Barbarian, and he will defend the village and even gathers resources by killing pirates!
– Defeat the Pirate Captain, to have a powerful unit to watch over your village. Alternatively, just give some resources to hire him!
– Play in top-down view or control a warrior in 3rd person mode
– Villagers are completely AI controlled, so that you can focus on building and combat
– Beautiful graphics 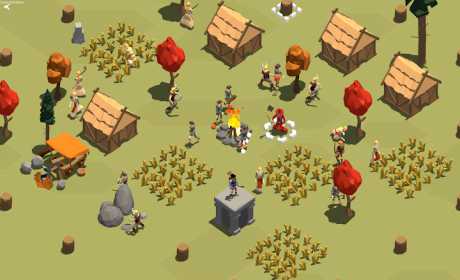 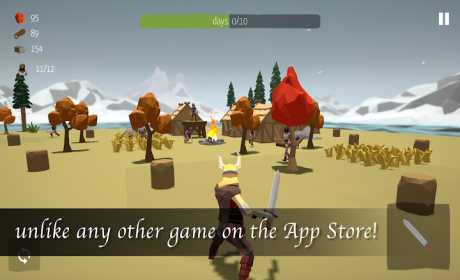 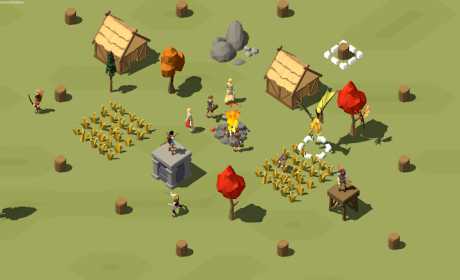