Become a pirate captain, the terror of the seas, and be known as the most fearsome pirate alive! Become one of the treasure hunters in this exciting action game!

It is a PIRATE REVOLUTION in the genre! Pirate Tales are about to board your device with some brand new action RPG experience.

EASY TO PLAY, HARD TO MASTER

Thrilling graphics, spectacular soundtrack, dynamic battling with QTEs and lots of ways to define the outcome of the battle. You have never seen an action RPG game like this before!

PUT TOGETHER A CREW

Dreaming of being the true captain? Here’s your chance! Gather different well-known characters, including Davy Jones, Francis Drake, Blackbeard, Montezuma, Columbus, and many others – each with their unique abilities, stats, and factions. Upgrade your heroes to become more powerful, conquer the seas and find the treasure island!

Explore many dangerous locations full of adventures and hunt for treasure. Complete exciting storylines and get worthy rewards. Action RPG games are not that easy to crack, so get ready for a challenge!

Have you heard about the legendary ghost ship that can never make port and is doomed to sail the oceans forever? Would you have it as your sail? Try and prove that you are a true pirate captain!

Take part in different exciting PvP tournaments and show all your opponents who be the best pirate upon the high seas! Conquer the marine domain, protect your lands, and expand your influence! Take your rightful place among the famous captains of all times.

Pirate Tales is a perfect combination of genres, it is an action RPG, adventure and battle game at the same time. Leverage your pirate power in all sorts of endeavors! Devise smart strategies and make the fastest moves. 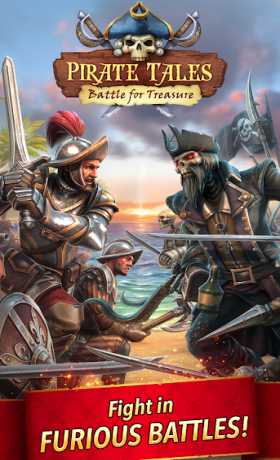 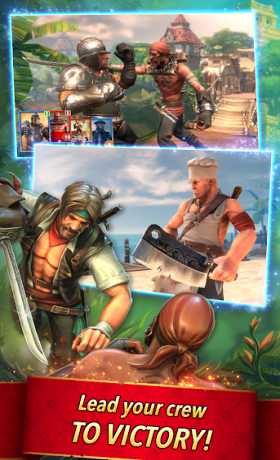 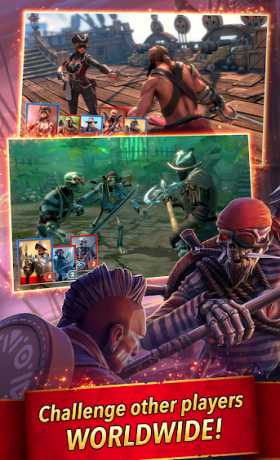