Monsters Ate My Metropolis is a Card game for android

From the people who brought you Robot Unicorn Attack 2 and Giant Boulder of Death — the monsters are back, and they’re dealing out destruction! Pick your favorite kaiju, assemble a deck of special cards and time your attacks to destroy the city. Battle rival players from around the world to decide who’s king of the monsters. Unlockable monsters, rare prizes, leaderboards, tournaments and more make this the card game to topple them all!

Unlock and play as giant, crazy monsters. Each have their own specialized MegaZone attacks, elemental buffs, critical hit chance stats, and bonuses. Earn enough tokens winning matches and you’ll be able to unlock them all. Feed them your unused/unwanted cards to level them up fast and make them even more powerful.

Each side is dealt three cards (from their deck of 12) and takes turns attacking until just one is left standing. Damage is based on card power, element (blue, red, green, yellow), and your timing on the boost minigame. Each attack builds your monster’s MegaZone meter; when it’s full you can forego the cards and unleash a mega-powered attack that’ll wipe the smile right off that city’s face.

Pummel opposing cities to increase your metropolis’ population and position in the weekly tournament leaderboards. Even if you lose or are attacked, you’ll gain valuable experience and a couple of precious tokens too. And if you win, you’ll get even MORE experience points and currency. Five leagues (Plushy, Mascot, Monster, Elite and Boss) await!

COLLECT ALL THE THINGS

Four ferocious monsters, over 100 attack cards (with more coming in future updates). Build your City (defense) and Monster (offense) decks any way you like!

When your monster attacks you’ll be prompted to tap the screen at just the right time to boost your card’s stats even higher for a more devastating hit! (And yes there is an option for the slow-reflexed to turn that off.)

Connect your Facebook account to get a FREE card, energy, and tokens from your buddies. This also activates cloud save to restore your profile on another device! 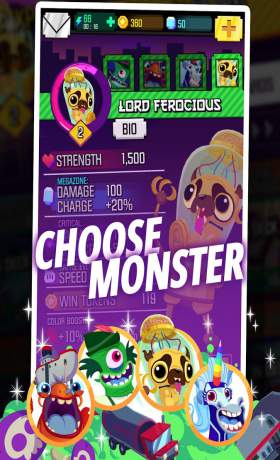 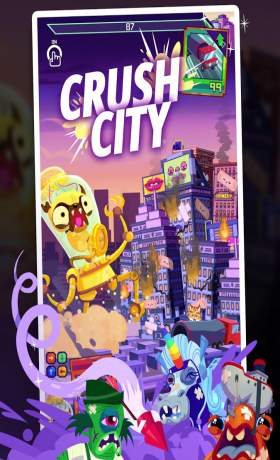 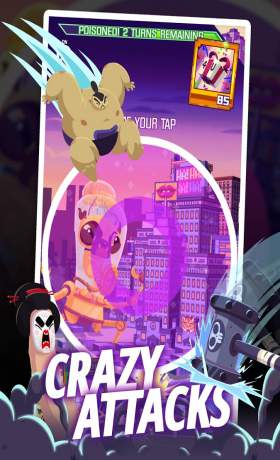