Jungle Clash is a game that you play against other players online in battles.

Jungle Clash is a new online strategy game with dynamic real-time PvP battles and captivating MOBA elements. Collect a unique deck of your best-loved fighters, armored vehicles and defenses from the mobile hit Jungle Heat, smash enemy Towers into splinters and achieve glorious victories in an engaging struggle with rivals from all around the world! The situation is highly dangerous and this urgent report from the theatre of military operations serves as direct evidence. “Yesterday we heard strange sounds coming from the heart of the jungle – apparently some fierce battles are constantly raging there. Our scouts stopped coming back to our base for some reason and Captain Blood has ordered tons of popcorn instead of new rifles and shells…” It seems like something truly spectacular is going on over there. It’s the best moment for a sudden attack – charge and join brutal fights in the jungle where only you can make a difference!

>Dozens of tactical options and collectible cards!
Collect and upgrade the cards of many available units boasting unmatched sets of skills, form your own strong decks and engage in fast and spectacular card wars, where the tide of every battle can be reversed in a split second.

>Entertaining and exciting gameplay
Drive your fighters to conquer enemy Towers, make a good use of your devastating armored vehicles and bring your General’s defense to the maximum level.

>Dynamic real-time PvP combat!
Challenge thousands of players, who are always ready to fight for the jungle treasures.

>Tournaments
Fast paced short PvP Tournaments. Winner gets valuable prizes, such as diamonds and other valuables. One tournament lasts not more than 15 minutes.

>Generals
Collect and upgrade your own Generals. This will bring in some unique gameplay elements and more strategic options.

>Form clans and play with friends!
Create an invincible clan with your friends, share your achievements and loot with them, defeat your rivals in each clash of clans and take highest places in every combat using your best tactics and intellect!
Lovers of strategy war games, rejoice! The time of heroic battles and exciting duels has come! Long live explosions, fire and napalm! Become the first, the strongest, the greatest! 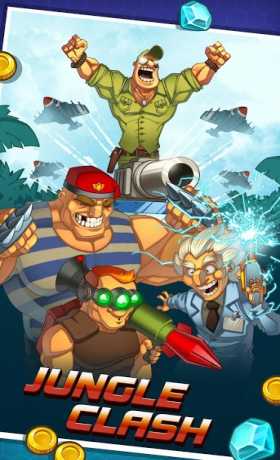 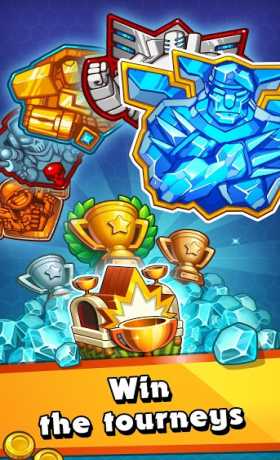 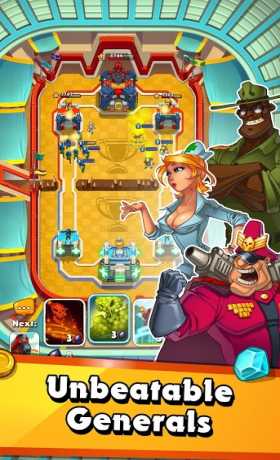