Wars, beauties, the empire, and heirs. Do you have what it takes to continue the glorious history of your empire? A brand new Heir system is coming your way in v2.1!
Create your own empire in this global MMO strategy game! Recruit valiant Heroes, form powerful Guilds, have Heirs with your Consorts, and fight for the throne!

*Game Features*
1. Real-time Strategy War Game
– Control your Troops’ every action in real-time, from their formations to their expedition routes! Will they crush your enemies under your leadership?
– More war items have been added to spice up your battle! Use them to cut into the enemy array and crash their formation!
– Enjoy unrestricted Troop movements in this real-time strategy warfare! Anything could happen when it comes to war. What will you do when your guildmate’s City’s in flames? Will you send your elite to help fight off the invaders, or declare war on the attacking player? The choice lies to you, my great conqueror!

2. Consorts and Heirs
– Need some romance in your game? Spend time with your consorts by talking to them, giving them presents, dining with them, and playing minigames with them!
– Have children with your Consorts and teach your Heirs well. Once they’re grown up, they can even marry Heirs of other players to help you form more powerful alliances!

3. Brand New Hero System
– Let your Heroes lead the charge! In v2.1, you may set your Hero formations and send them out for wars, with no need to assign Troops!
– Different Heroes with unique attributes and powerful skills to lead a variety of Troops: Cavalry, Infantry, Archers, Siege Engines.
– Provide your Heroes with massive boosts with Crests! You will find that there is nothing powerful than a Hero with Crests!

4. Witness the Growth of Your Empire
– In this version, we now present you with a bigger city located at an oasis in the middle of the desert. Brand new resource villages are added to the Kingdom. As a Conqueror, you will need to explore the surroundings and expand your empire. Go out and explore!
– The foundation of a mighty army is a well-run city! Upgrade your City, research Tech, gather resources, train Troops, and recruit Heroes to stay ahead!
– Allies are your key to survival. Join a powerful guild, or start one of your own. Enjoy important buffs from your Guild Fortress and gather resources from Guild Resource Buildings! Rally your guildmates to fight in exciting GvG battles, Guild Wars, Province Battles, Palace Warfare, and Intruder Battles! Teamwork is the key to success!
– Contest for the Capitals and Palace that make up the Provinces of Conquerard! Powerful Guilds are all eyeing this land to expand their influence!
– Prove yourself as a true Conqueror! Pit yourself against others in competitive battlegrounds like Citadel Showdown and Sovereign Strife!

5. Chat with players around the world
– Great social features that help you communicate! Chat with anyone from anywhere with real-time translation! Use the Kingdom Chat, Guild Chat, or create a personalized chat group of your own! Liven up your conversations with animated stickers!
– Go anywhere on our global mega server! Lie low and develop in your Kingdom, or migrate to another that’s packed with players to raid. It’s your choice!

Your legend has yet to be written, but one thing is for sure: Conquerors 2: Glory of Sultans await. Download for free now to relish in non-stop war and battle action! 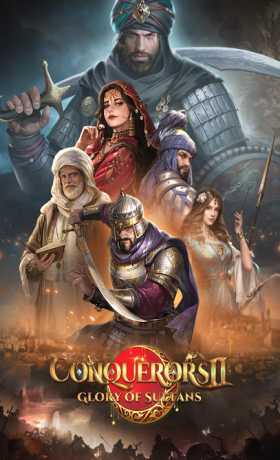 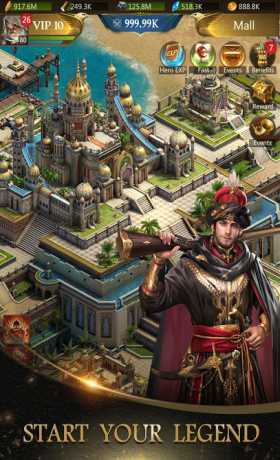 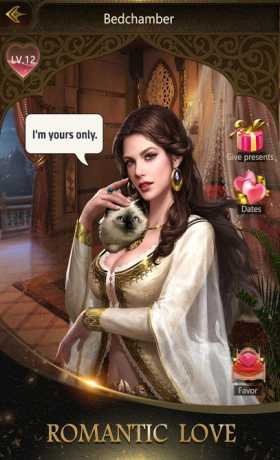