March of Empires is a strategy game for android

FREE WELCOME PACK, TODAY ONLY! Download now and March to your Destiny!

Break away from reality and ascend to the throne through the art of war!

Claim your title as Highland King, Northern Czar or Desert Sultan, and join this genre-redefining strategy game where you will wage constant war for real territorial conquest!

Fortify your castle, fuel a massive army, and enter the ultimate fight for realm domination! But as your empire expands it’s bound to run into other ambitious lords, and only one emperor can dominate! Do you have the cunning to unify this land under your banner? Or will you watch your kingdom burn at your feet?

THE EMPIRE IS IN YOUR HANDS:
• Dispatch armies, construct buildings, conquer territories and make strategic decisions that will reshape the balance of power every day.
• Every inch of your empire comes to life with amazingly detailed graphics.

CHOOSE YOUR FACTION:
• Highland Kings: Knights of honor and piety.
• Northern Czars: Cunning on and off the battlefield.
• Desert Sultans: Passionate defenders of knowledge.

RELISH IN TERRITORIAL CONQUESTS:
• Invade territory to watch your influence grow daily.
• Unlock special bonuses as more lands fall under your banner.
• Fortify your land to ward off enemies.

BUILD A THRIVING NATION:
• Build regional structures that you and your allies can benefit from.
• Establish thriving Trade Centers, sacred Temples, secure Stockpiles and much more.

JOIN MASSIVE ALLIANCE WARFARE:
• The alliance management system makes it easy to organize with allies.
• Engage in tense diplomacy with other alliances. There’s almost as much to gain from helping as there is from betraying…
• Chat with players whenever you have a minute to spare.

How to solve Error License:
1. Go settings of youre device
2. Go to application manager
3. Clear catch of Google play service and Google play store
4. Go to google play store market and then search March of Empires
5. Start downloading and then cancle it after the download started.
6. Install apk from revdl
7. Play and enjot it without error license 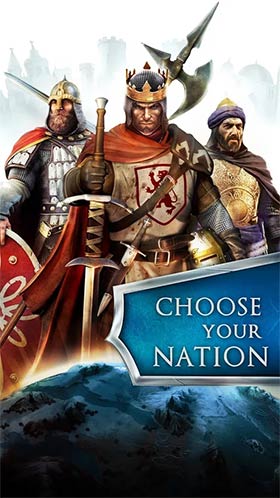 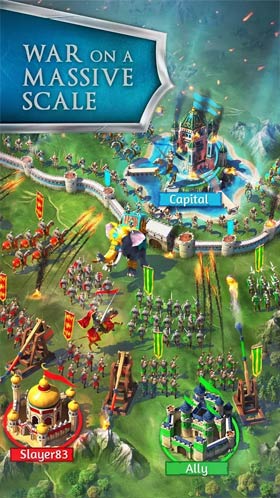 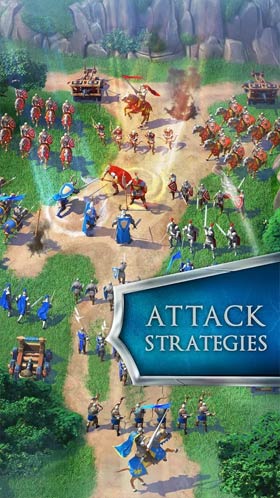