Play as Captain America and lead your S.H.I.E.L.D. Strike Team as they struggle to contain a massive attack on the World by several nefarious crime organizations. Stop the attacks and then take the battle to your enemies.

Captain America must use all his tactical skill as he commands his Strike Team to combat threats on every front. Grow your agents into a potent fighting force and when the odds are against you call in Black Widow and Falcon to help turn the tide.

Expose the villains behind these brazen attacks, unravel their plans and discover how the Winter Solider fits into the scheme.

INTENSE COMBAT ACTION WITH LOTS OF TACTICAL OPTIONS
> Lead your Strike Team of S.H.I.E.L.D. agents
> Battle your way through various enemy types using force or guile
> Make clever use of your indestructible shield and skills as a Super Soldier and an Avenger
> Call on an Avenger for support

PLAY WITH YOUR FRIENDS IN MULTIPLAYER
> Asynchronous multiplayer : Join a Clan and battle rival players!
> Climb the league leaderboards of the game
> Earn cool rewards in Limited-Time Events 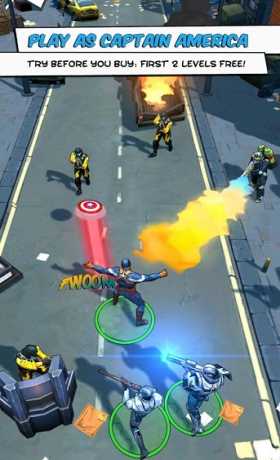 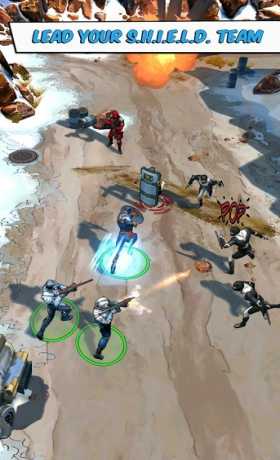 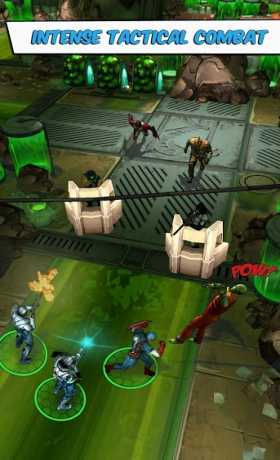