Weed Firm 2: Back to College by Manitoba Games.
The sequel to the now-legendary weed growing adventure, Weed Firm: RePlanted, featuring the next level in simulations for selling pot.

In this plant game you will:
• Cultivate your weed farm empire with multiple strains of marijuana, including the well-known White Widow and Purple Haze, as well as the amazingly powerful and extremely beautiful Alien Weed
• Market your pot to a range of eccentric clientele such as Jane the exotic dancer, Luni & Durte the rap duo, Sandy & Mandy the Cheerleaders, Ian the DJ, Rasta Bob, and many more
• Grow your plantation and customize your shop with a series of items that will help kick up your buzz as well as keep you safe from cannabis seeking intruders
• Break into a new line of grass business & expand your shop by growing magic mushrooms; including varieties such as Mexican, Ecuadorian, Alien, and Intergalactic
• Open up a portal to another galaxy and sell your finest mushrooms to extraterrestrial alien visitors
• Defend your stash of ‘shrooms and mary jane from the local Gangbangers and find creative ways of shaking off corrupt cops and federal agents who are ready to bust up your pot growing shop.

In this follow-up to Weed Firm: RePlanted, the popular role-playing weed growing and dealing adventure, expelled botany student Ted Growing heads back to his Alma Mater. This time he’s not there to hit the books, but rather to hide out from the cops who are hot on his trail. Ted sets up his grass grow-op in an abandoned gym and gets down to doing what he does best: cultivating and selling cannabis. You get to be Ted as he expands his weed farm to new locations; planting new varieties of bud and magic mushrooms. Feel your pulse rising as Ted tries to keep his buzz up while growing his pot farm empire and selling to an ever-increasing client base that demands R-E-S-P-E-C-T.
Jah be with you! Peace 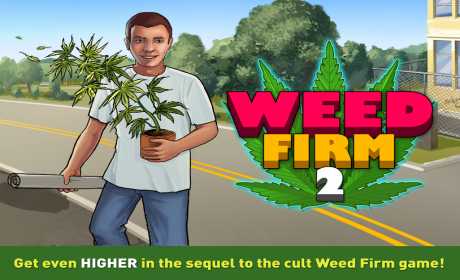 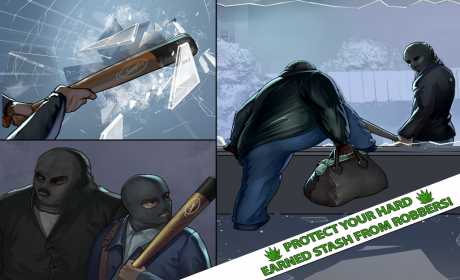