The most authentic skateboarding game ever.

Loved by skaters all over the world. Better then fingerboarding.

Note: True Skate comes with a single skate park and contains additional content only available by In-App purchase. See below.

Features:
– Realistic touch based physics.
– Deck wear. Scuff up your Deck.
– Flick the board to make it react exactly how you would expect.
– Drag your finger on the ground to push.
– A beautiful skate park to get lost in including ledges, stairs, grind rails plus a bowl, half pipe and quarter pipes. (Additional skate parks are now available as an In-App Purchase)
– Slow motion.
– User challenges
– Replay viewer
– Global leaderboards.

How to install Mod  (No ROOT) :
To unlock paid content (does not work on some devices):

– For the correct operation of hacked purchases,  please install the latest version of Lucky Patcher!

To install a modified version of the APK file :
– you must remove the previous (original) version. This removes all your data (level of development, conservation and overall progress of the game).

– Any modification of the APK file violates the ability to synchronize the game process with Google services and social networks (in particular, with facebook). The inserted banners “RevDL.com” do not affect this in any way. 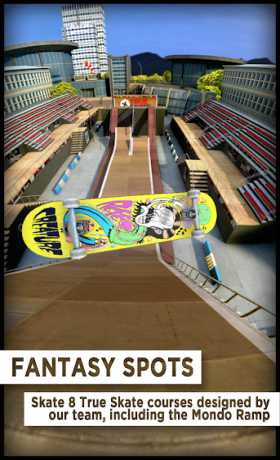 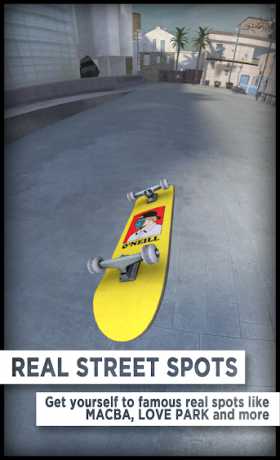 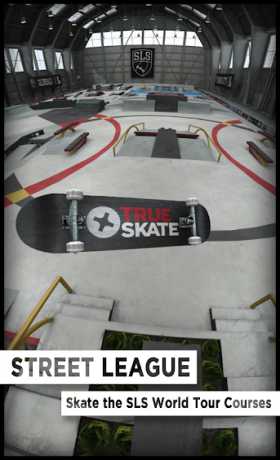