The Battle of Gods-Apocalypse v3.0.0 Apk + Mod + Data for android

Ready yourself for the newest 3D Battle-Arena RPG game! The Battle of Gods – Apocalypse indulges you with the most innovative action-battle gameplay. Assemble your team of Gods and Goddesses, as your hero journeys to conquer numerous challenging battle-modes. Beat toughest Bosses you’ve ever encountered, and challenge your friends in the most intense and diverse PvP Arena.

> Play as Gods and Goddesses: from Anubis (God of Death), Van Helsing (Demon Hunter), Thor (God of Thunder), Aphrodite (Goddess of Love), to Hades (God of the Underworld).

> Unleash dazzling ultimate skills at your fingertips while you formulate advance strategy to survive the action-packed wars in the Battle of Gods universe! Employ extra-ordinary guild of Gods.

> PvP Arena: Glory or Death! Survival of the fittest in the most unique Arena ever. Three different Arena modes where you can test your prowess against players around the world! Pick among ‘Title Arena’, ‘Team Honor Battle’, or ‘Devil’s Myth” – Win them all to proof that YOU ARE ALL THAT! MOBA sensation on your device!

> Triumph over warzones and lairs: Use your strength & magic while charging into monsters and obstacles inside. Collect special rewards for your Gods and Goddesses that you can use for upgrades. Or simply sell them to enrich your treasury. Fighting monsters has never been THIS FUN!

> Upgrade your Horcrux: Collect the best Horcrux! Use it to upgrade and equip your Gods and Goddesses to reach their max potential! You can get thousands of items to create stronger and better Gods in many ways you wish, to assist you in WORLD DOMINATION!

> Nation & Friend System: The higher the level of your Nation, the more privileges you get. Join the best Nation and add more friends. Support your Nation by donating, in return, you can get Stamina, Energy, Gold, or even Diamonds. Have fun chatting with players across Nations!

More Gods and Goddess are available for you to pick:
Aphrodite, Vidar, Vampire, Pandora, Lucifer, Grim Reaper, Pandora, Bahamit, Ares, Kraken, and many more!!!
Form your Dream Team now! Pick your best to conquer “The Battle of Gods – Apocalypse” 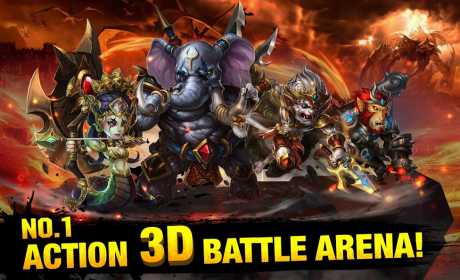 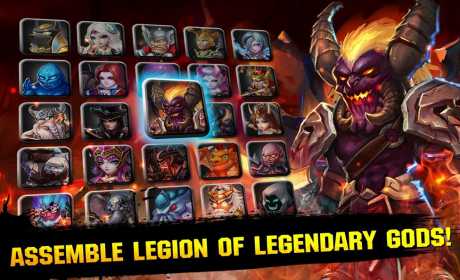 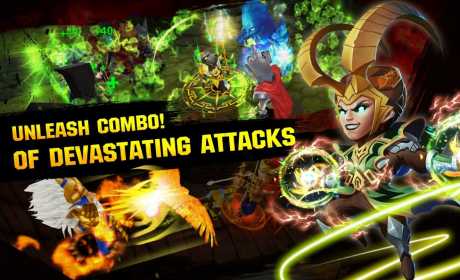