Transforms into a superhero to battle the robot monsters. How to become a super hero? Become a warrior use sword and gun with supernatural powers to defeat all the monsters.
Feature of SuperHero Junior:

– Enjoy all the disciplines of street fighting with super hero, exciting hack & slash action RPG game.
– Side scrolling action with amazing cute characters very suitable for who like super hero cartoon.
– Classic strategy and role – playing game with main character is cute super heroes.
– Collect all of Super Heroes and save the world by using your favorite Super Heroes.
– Encounter the Monster Wave! Attack an endless wave of monsters, get friend’s soldiers and upgrade skill, army to pass levels.
– Team up with 10 friendly type: super robot, sniper, artillery … each friend is different and has unique power.
– Get power and use it to become Super Heroes! Unlock new gear and robot battles.
– Fight super-sized monsters with 90 levels and 8 boss stage battle. They are not weak but you have a lot of weapon is swords and guns for super hero.

Play SuperHero Junior every day of your life Superheroes because it is a game of free fight for fan of street fights and shooting of super heroes. So, what are you waiting for? Save the world with your Super Heroes Powers! 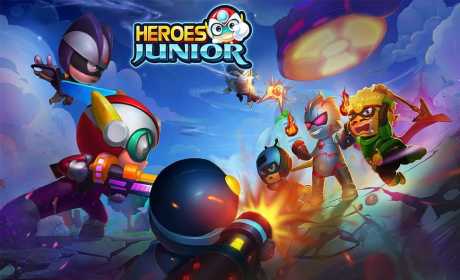 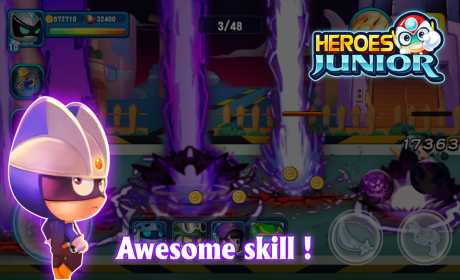 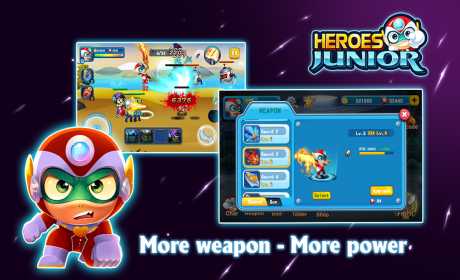