Steampunk Tower 2 is a unique tower defense game for free set in the alternative Steampunk universe.

There is a dragged-out world war with the enemy never seen before. Lord Bingham is coming back to the world arena and he needs a skilled commander.

There is a secret base hidden in the mountains of Spain, with ginormous aircraft Carrier transporting the Battle Tower under your authority and also a team of specialists who execute special assignments.

Game Features:
• The sequel to the unique tower defense game – Steampunk Tower! More turrets, more enemies, aircraft Carrier, giant map of Europe… everything as in tower defense games for free.
• Dynamic battles! Each turret has its own specifics and its unique super shot.
• Stronger enemies! Enemies have acquired extra armour but their weak spots have also appeared.
• Test super weapons and special bonuses that will increase your chances of success in a battle.
• Humungous bosses! You can’t beat these steam monsters on the first try.
• Secret Steampunk city! Build scientific research laboratories, warehouses and factories for building new turrets and upgrade Tower.
• War for the territories! Control the factories to produce component parts for your turrets.
• Team of professionals! Send your agents on special missions to get extra resources.
• Many storyline missions throughout Europe! Find a way to defeat the enemy and get into the heart of enemy territory for the final stroke.
• Trains! Develop railway network for transportation of agents and resources.

Can’t Steampunk be without trains?! 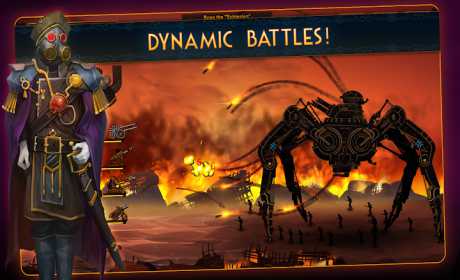 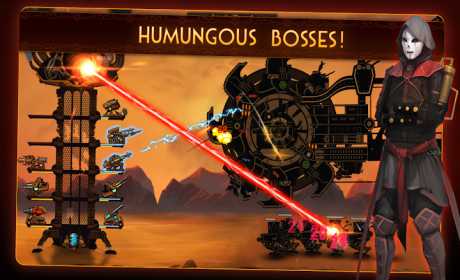 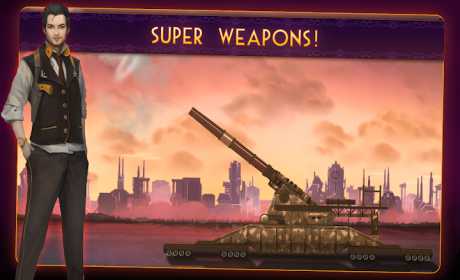 Steampunk Tower 2: The One Tower Defense Game Mod Apk 1.1.4 Hack(Unlimited Diamonds) for android was last modified: May 28th, 2021 by RevDl