Explore the Final Frontier in the ultimate sci-fi strategy RPG, Star Trek Timelines! Join Starfleet and embark on all-new adventures as you boldly go where no game has gone before – across the entire history of Star Trek.

PLAYER REVIEWS
● “A must for Star Trek enthusiasts!” – 5/5 Stars
● “Fascinating! – The Star Trek game I’ve been waiting for” – 5/5 Stars
● “The Best Star Trek Game Ever!!!” – 5/5 Stars
● “So much fun. If you like Star Trek you will enjoy this!” – 4/5 Stars
FEATURES
● ASSEMBLE YOUR CREW from hundreds of characters from Star Trek, The Next Generation, Deep Space Nine, Voyager, and Enterprise, each with their own unique skills and abilities
● COMMAND ICONIC STARSHIPS, including the USS Enterprise, Voyager, Defiant, a Klingon Bird of Prey, the Borg Cube, and many more
● ENGAGE YOUR ENEMIES in stunning 3D ship battles with exciting PvE play or in the brand new PvP Battle Arena where you’ll test your crew’s mettle against the best captains in the galaxy.
● EXPLORE THE GALAXY, gaining influence among a dozen factions, including the Federation, the Maquis, the Dominion, the Terran Empire (TOS: “Mirror, Mirror”), and the infamous Section 31
● CLIMB THE LEADERBOARDS and win rare rewards with special event missions.
● STUNNING GRAPHICS bring the 24th century to life in the most immersive and thrilling Star Trek experience available 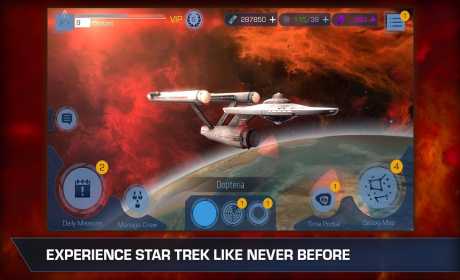 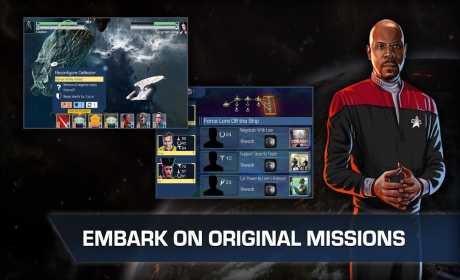 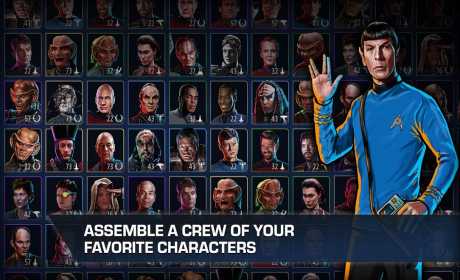