SpongeBob: Sponge on the Run is a Arcade Game for Android

SpongeBob and Plankton are in a race to find the lost Krabby Patty formula somewhere in Bikini Bottom, Apocalyptic Bikini Bottom and a real-world beach. When he’s not running, SpongeBob is flying, floating in a bubble, or has Plankton jumping around his surreal imagination. And when the running gets tough, the tough get heroic! SpongeBob becomes Super SpongeBob to knock through any obstacle in his way!

EXPERIENCE BIKINI BOTTOM
• Laugh at hilarious dialog between SpongeBob and his arch-rival Plankton
• Run through iconic locations including Bikini Bottom, Apocalyptic Bikini Bottom and out of water on a beach
• Customize SpongeBob with unique costumes
• Plankton helps SpongeBob with power-ups like shields and magnets
• Become Super SpongeBob and knock everything out of SpongeBob’s path!

UNEXPECTED TWISTS
• Drive the Patty Wagon!!!
• Adventure off the beaten path:
→ Float SpongeBob in a bubble through a coral forest
→ Jump Plankton through SpongeBob’s imagination
→ Plankton’s jetpack speeds past obstacles 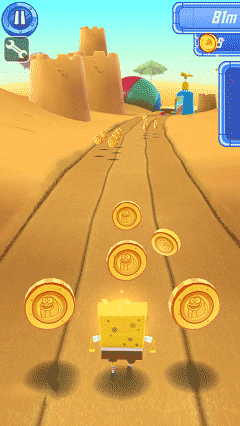 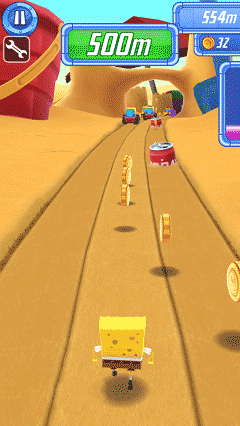 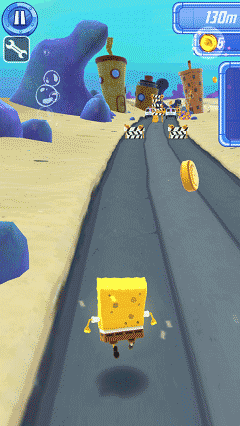