Time for a new turn on the critically acclaimed SpellForce-Series. The epic fantasy saga is finally available on mobile devices, offering a whole new angle to the franchise. Leaving the story of its PC ancestors untouched and coming indeed 100%-story free, the Premium Game will offer turn-based strategy and tactics instead of real-time.

CRAFT YOUR FANTASY EMPIRE
Creating an own kingdom turn by turn is the main goal in the 13-mission long adventure mode or the free game, where you are facing your AI-opponents on randomly generated maps. Choose between the Dark Elves, the Orcs or Humans as playable races and ally or fight six neutral factions. Send your troops to conquer cities, to claim mines or farms and to search treasury.

EXPLORE NEW LANDS
Your race’s hero will lead your army on their search for glory, treasures and valuable resources to exploit. Because your ever-expanding empire needs them to prosper. When you find new cities, you can muster new unique units to command in any battle that lies ahead.

BATTLE YOUR ENEMIES
While your heroes explore the realms, you will meet your opponents on the battlefield and will exterminate them in simultaneously turn-based combats. Played out on hexagons, you’ll send Archers, Catapults, Knights or Dark Elf Necromancers against beasts & enemies like Spiders, Shadow Nightmares or Barbarian Berserkers. While you plan your actions, so does your enemy. When you both execute your plans, you’ll see who’s the better general.

EVOLVE YOUR FIGHTERS
SpellForce: Heroes & Magic is also a Role Playing Game. Your hero and your soldiers both gain experience and they both can find magical items like swords, armor or other equipment. When you level up, you can learn new skills and of course, seasoned warriors are more valuable on the battlefields than fresh recruits.

SpellForce: Heroes & Magic follows HandyGames strategy of premium games: Buy once and play as long as you want with every content the game has.

No microtransactions.
No loot boxes.
No Ads.
No Free2Play mechanics of any kind.
Just a great game.

FEATURES
• Craft your own fantasy empire: Expand, Explore, Exploit and Exterminate. And no, we don’t think it’s a 4X game – do you?
• Lead your heroes: Carry the battle to your opponents and defeat them.
• A world of magic: Heroes and units can cast Lightning Strikes or Fear Spells, can stun foes or heal companions.
• Simultaneously turn-based combat: Plan your armies’ actions while your enemy does and execute them at the same time.
• Items, level ups, skill trees: Individualize your army with fully fledged RPG mechanics.
• 3 playable races: Orcs, Humans, Dark Elves & their iconic heroes await your commands.
• 6 neutral races to ally with or fight against: Gargoyles, Shadows, Elves, Dwarves, Barbarians and Trolls are either loyal companions or fearsome enemies on the battlefield.
• Over 30 different units to muster and to lead into combat. 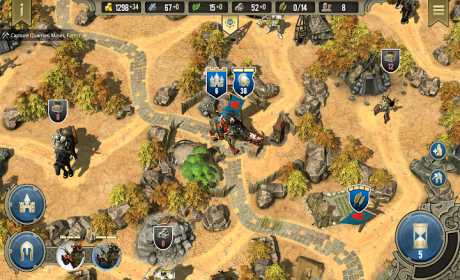 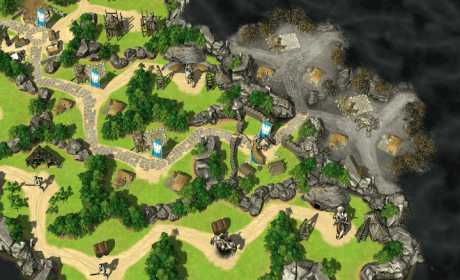 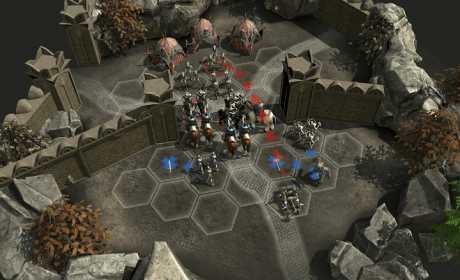