Sniper Shoot War is a first-person 3D shooter game. You will play as a sniper, strike terrorists. Your task is to fight against terrorists bases and destroy X City terrorist remnants, to effectively combat terrorist activities.

Simple operation of the game: Slide the left of the screen to control character movement, slide to the right of the screen you can adjust the target. You can use the sniper rifle zoom lens, adjust the amplification factor by the right side of the slider.

The game has many weapons to choose: Deagle, M4A1, AWP, AW50, AS50, Bomb, Medical Kit. Deagle, M4A1, AWP, AW50, AS50, Bomb, Medical Kit. Kill the enemy can get gold awards, gold can be used to buy weapons and ammunition. Let you experience the feeling of different weapons. This is a real sniper war!
The game has two beautiful screen map: Military Base and the City. Military Base gathered a large number of terrorists, extremely dangerous! Must be careful. City map has many remnants of terrorists, we must not leave one! Each map has a certain time limit, you must destroy all enemies within a specified period of time!
Realistic gaming sound effects, so you have a more perfect more realistic sniper experience. You will be a true sniper!

The game has a ranking function, you and your friends can compare who is the real master sniper. Invite your friends together game, right? It will be very interesting. 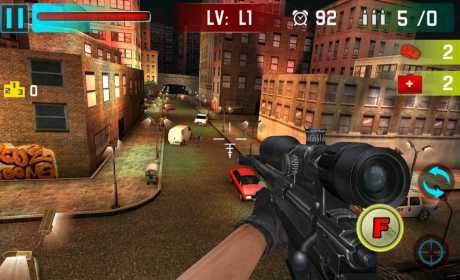 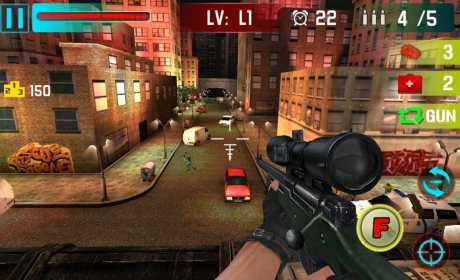 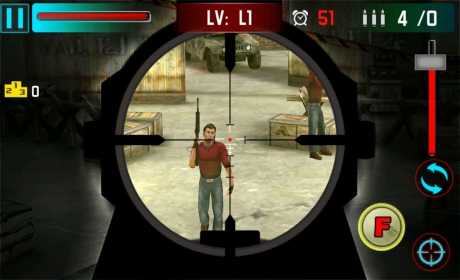