Play a Monk fighting with his Demons in this turn-based strategy puzzler!

The Basics
=========
Move in 1 of 4 directions, shoot beams and kill Monsters. Collect the Key to gain access to the next floor. However, that’s not enough to survive…

An intricate system of Spells
=======================
Collect up to 7 scrolls, each with a unique combination of symbols. Scrolls are triggered by actions in the game, as indicated by the first symbol (the “trigger”). They can affect either the Monk or one of the Monsters.

When grabbing a scroll the meaning is explained, and you can always tap on them at any time in case you forgot.

Ever changing play sessions
======================
No play session is the same! Stages are always different, and the amount of combinations of Spells is close to endless. Survive long enough and you’ll encounter some new Monsters and Items as well!

Consider various strategies
======================
Although scrolls can be triggered during normal play, they can also be used directly by pressing the Targeting Button. The caveat is that this removes the scroll after use, but this can be useful to make space for new ones. This gives you a lot of options to consider with each move! 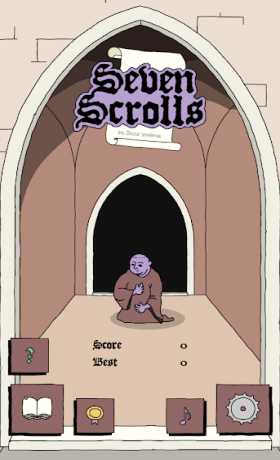 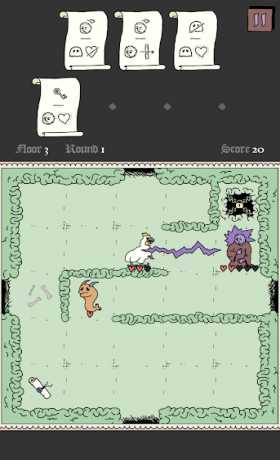 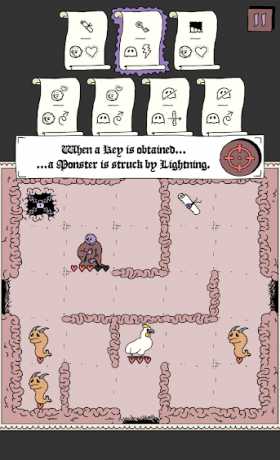