Sea Battle is a board game everybody loves since childhood but with new options! Online multiplayer! Fight against the players from all over the world! You have a wide arsenal in your disposal: battleships, destroyers, bombers, mines, anti-aircraft defense, radars and other stuff. Place your ships of different size on the battlefield, launch the aircraft for massive bombshells and try to sink the rival ships.
By combining different positioning of your ships, aircraft, anti-aircraft defense and mines you can develop your own strategy for the game and leave no chances for your opponents!
Sea Battle is a game with elaborate squared notebook graphics and effects, which make the game original and create a special atmosphere!

ONLINE FIGHTS:
Fight against opponents from all over the world over the Internet!

PLAY VIA BLUETOOTH:
Arrange battles against your friends and colleagues via Bluetooth.

PLAY WITH YOUR FRIEND ON ONE DEVICE:
You want to play with your friends on one device? Notaproblemanymore! Placeyourships, aircraft, mines, AAD and radars each in his or her turn and fight!

POINTS FOR VICTORIES:
Earn points by winning and buy aircraft, mines, AAD and radars and other stuff!

CHOOSING AND SETTING GAME MODES:
Choose the classic or advanced game mode. Change your arsenal any way you want.

*****
The game is free and with no in-game purchases required! 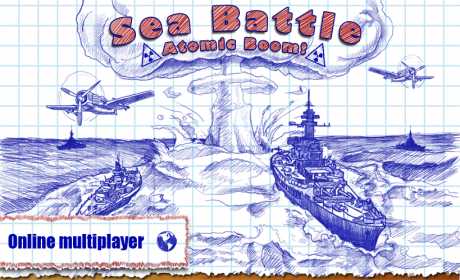 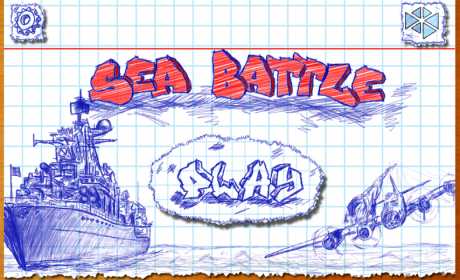 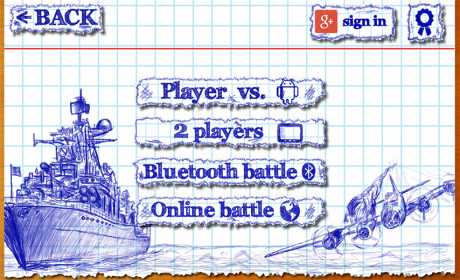