Get the Latest update on our Official Facebook PH Page @ https://www.facebook.com/roguelifeph/

Once upon a time, brave warriors fought and defeated the Demon King. The world finally embraced an era of peace.

The age of tranquility continued for a long time that people have forgotten what it’s like to be in danger.

One day, monsters suddenly wreak havoc and the world is once again thrown into chaos. So the brave warriors have gathered to begin their adventure in bringing back the peace that was lost.

Features:
▶Easy to play and action-packed!
▶Defeat monsters and bosses in various single player modes
▶Real life simulation in your squad home – collect upgrade materials by working your squad members to the bone!
▶Recruit different characters
▶Over 300 costumes – customize characters to suit your style
▶Exciting PvP battles – 3 vs 3 on the battlefield, max 12 members per team
▶Tons of stages, quests, and modes – there’s so much content to enjoy!
▶Level up your characters from wanderers to elite rogues!

Embark on a unique and exciting adventure where you shoot monsters while you evade a barrage of bullets, projectiles, and missiles. Can you survive until the end?

Put your dodging skills to the test in this never-before-seen shooter x RPG crossover!

Live the Rogue Life by chopping wood, mining, studying, planting, baking and more! Work your characters hard, till they drop!

—
Having issues with the game? Contact our support team!
helpdesk.onplaycorp.com 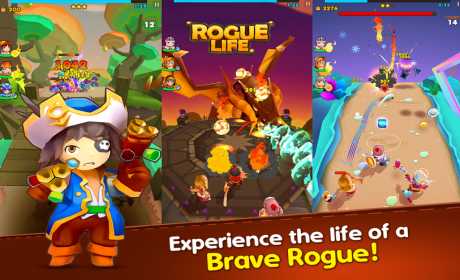 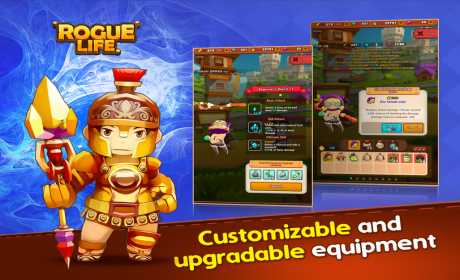 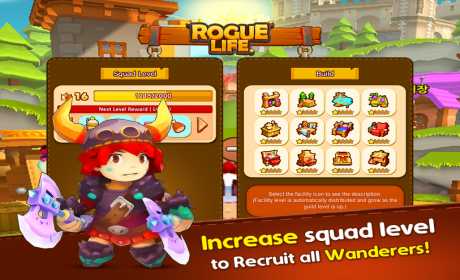