Wage war alongside history’s great military leaders in an all-new free to play action strategy game. Lead epic battles with Napoleon, Joan of Arc, and Nefertiti as your field generals. Lead your armies throughout time to conquer the world. Fast, fun and free, Rise of Valor brings the experience of leading armies into battle to life.

KEY FEATURES
FORGE THE WORLD’S GREATEST MILITARY EMPIRE
Conquer the world as you, Napoleon, Joan of Arc, and Nefertiti clash swords with rival armies, from ancient Egypt to the Roman Empire and beyond.
Use the unique strengths of history’s greatest generals. Each famous figure has unique strengths that are crucial to winning and defending territory.

TAKE A BIRD’S-EYE-VIEW OF WARTIME STRATEGY AND TACTICS
Lead your forces in over 20 of the world’s most famous historic locations. Master the strategy required to win with a variety of weapons, formations, and battle types.
Master historic units and formations, from ancient catapults to unstoppable Roman phalanxes to horse-driven cavalry.

DOMINATE THE BATTLEFIELD. REWRITE HISTORY. CONQUER THE WORLD.
Gain power as your armies battle for territory.
Plan strategic defenses to protect your territory from invading armies. Plan resources wisely and manage your troops with knowledge gained from your victories.
Rise of Valor is free to download and play. However, some game items can also be purchased in-game. If you do not want to use this feature, please disable in-app purchases from your device settings. 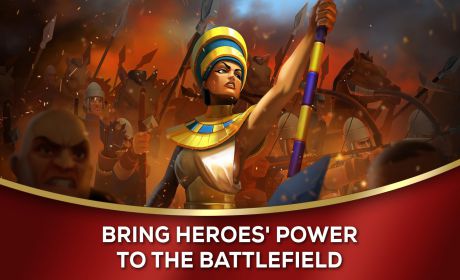 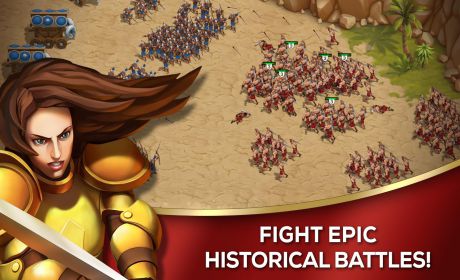 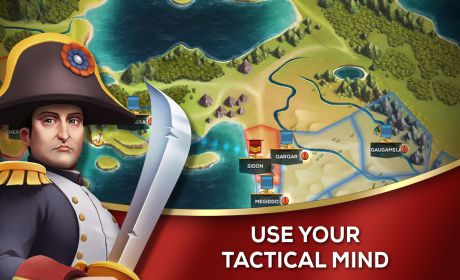