Mopar Drag N Brag is a racing game for android

Experience the thrill of burnouts, test your reaction time and go lightning fast with Mopar® drivers Allen Johnson, Jeg Coughlin Jr. and Matt Hagan.  Don’t just watch the race, strap in and hit the strip yourself and show everybody how it’s done!  Take the wheel and share your time on Facebook and Twitter!

• PRE-STAGE BURNOUTS. Before each pass drivers are allowed to perform a burnout which cleans and heats your Mopar’s tires for improved traction. Watch the temp bar on the left but be careful, too much throttle will overheat the tires and reduce grip.

• Drag and then BRAG: Once you take the competition by storm, share your results on Twitter and Facebook and encourage your friends to take the challenge!  Bet they can’t beat you!

• Compete on Game Center leader board.

• Heat up your tires for better grip but don’t overcook them!

• Go after the 3 yellow lights, don’t wait for green!

• Win 4 rounds in a row for a final elimination victory.

• Prize money increases after each round win.

Throttle down and post a top time on Game Center today. Good luck!
Dodge and Mopar are registered trademarks of Chrysler Group LLC. 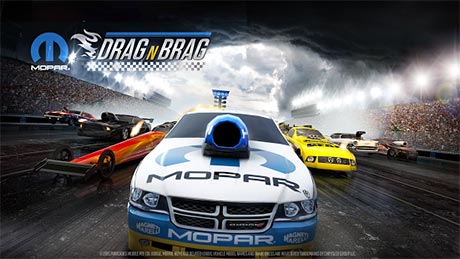 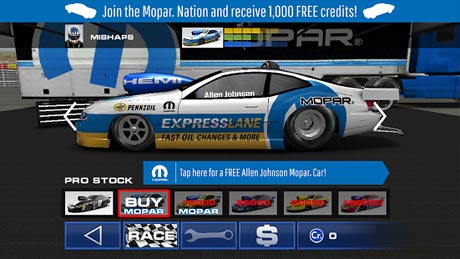 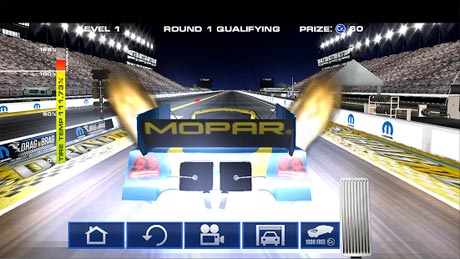