HOME RUN DERBY IS BACK!

The 2018 season is here, and Home Run Derby is back with more competition, more challenge and more dingers than ever before!

In MLB Home Run Derby 18, you can dominate in your very own Derby competition and swing for the fences against millions of players worldwide.

The only official Home Run Derby Game on Google Play presented by Major League Baseball and the MLBPA. Play genuine bracket-style timed rounds in Single Player and Multiplayer Derby Mode based on the official Derby format.

IMPROVE YOUR PLAYERS
Earn packs and collect cards to unlock and improve your players. Upgrade your stats to be competitive at any level!

SLUGGERS AROUND THE LEAGUE
We’re adding all new fan favorite players that have never been in the Derby before throughout the season. Players such as World Series MVP George Springer will be added periodically, and available for a limited time.

“HEADS UP” MULTIPLAYER:
Multiplayer mode has been completely overhauled to be faster paced and more competitive! This “heads up” style of play delivers faster, more intense, and more decisive multiplayer experience, with greater rewards than ever before. Check it out today!

ALL 30 MLB BALLPARKS!
Now you can play in any of our latest parks including Progressive Field, Nationals Park, Tropicana Field, and even the 2009 Yankee Stadium.

LEVEL YOUR GEAR!
Every piece of gear can now be upgraded to keep you competitive!

© 2018 MLB. All rights reserved. OFFICIALLY LICENSED PRODUCT OF MAJOR LEAGUE BASEBALL PLAYERS ASSOCIATION-MLBPA trademarks and copyrighted works, including the MLBPA logo, and other intellectual property rights are owned and/or held by MLBPA and may not be used without MLBPA’s written consent. Visit www.MLBPLAYERS.com, the Players Choice on the web. 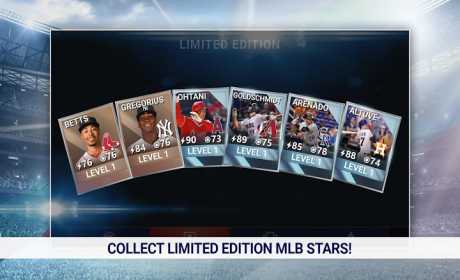 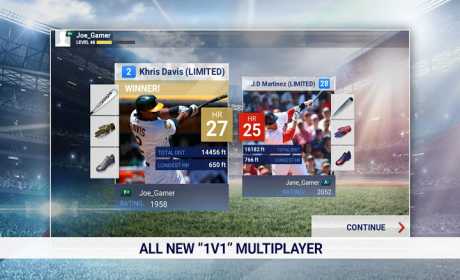 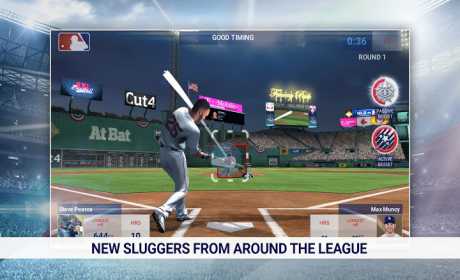