Download Magic Wars from the link below:
Magic Wars

This is a War Strategy Game, right? – Yep! You’ve got base building, soldier training, tech researching, resource mining & world map battling! Join an alliance to speed up build times, form massive rally armies, and cooperate or clash with players worldwide to claim the King’s Throne! If it’s in other War Strategy games, you’ll find it in Magic Wars!

But is this also NOT a War Strategy Game?   – Yep! Choose from multiple RPG-style playable races (Humans, Orcs, and the Undead), train unique heroes, level up hero skills, build your fighting team, and lead them on Dungeon raids!

Go BEYOND War Strategy!   This is a War Strategy game seamlessly combined with playable races! Use your race’s unique soldier combinations to out-strategize and out-play opponents! Team up with friends in other races to form super alliances! Play to your strengths and exploit your enemies weaknesses! Effectively strategize on every level by viewing battles up-close in real time or zooming out to worldwide “satellite view”! Players from all over the world are assembled here, all with one goal in mind which is to conquer the throne, and our real-time translation system allows you to communicate unhindered and fight for the Throne together!

★ 4 Great Races Developing Together. Infinite Troop Combo Possibilities! ★
– Humans, Orcs, Night Elves, and the Undead unite in one city
– Harvest resources under the Tree of Life of the Night Elves
– Train soldiers in the Great Hall of the Orcs
– Research Tech in the Human’s Magic Tower
– Resurrect fallen soldiers at the Undead’s Altar of Darkness
– Construct a base with over 16 unique buildings!

★ Intuitive World Map: Mobilize Your Grand Army! ★
– Defend your kingdom using the most intuitive World Map in mobile gaming
– Real world like World Map interface puts you in command
– Maintain control over your troops every second with the unique Troop Recall feature
– Zoom out to view troop movements across the continent
– Zoom in on battles to see every swing of the sword and volley of arrows
– Craft elaborate battle strategies & react instantly to enemy attacks
– War strategy like never before – get complete control unlike any other mobile game

★ Alliance Wars, Kingdom Wars, Cross-World Wars! Get Your War On! ★
– War is the currency in this world where might makes right!
– Keep your war engine roaring with non-stop tech upgrades and soldier training
– Defend your territory and resources from invaders
– Protect your allies and rally them to your cause
– Wage war on the vile Monsters who have overrun the World Map
– Resource Wars & Alliance Wars, Kingdom Wars & Cross-World Wars and even World Boss Wars—a warrior’s work is never done!

★ The Ultimate Quest System & Never-ending Official Events! ★
– Searching for a competitive edge? Take advantage of constant Quests & Events!
– Take on Daily Quests, New Player Quests, Recommended Quests, & Random World Map Quests
– Degree of difficulty varies, but the rewards are always outstanding!
– Earn rare items that grant powerful abilities
– Enjoy frequent events in our active online community for even more rewards
Do you want to see Frost Dragons, Minotaurs, Mages, Witches, and Druids all fighting under the same banner? Do you want to experience the best fantasy-themed War Strategy game of 2016? Then Magic Wars is just what you’ve been looking for!

☆ Join us! You are what makes this war truly Magic! ☆
If you encounter any problems while playing Magic Wars, please get help via in-game customer support. You could also contact us via email at: [email protected] 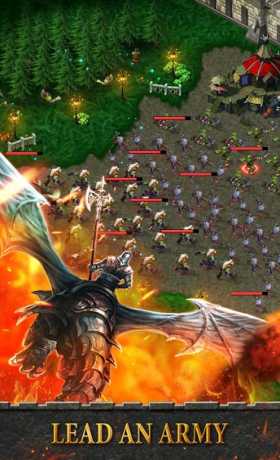 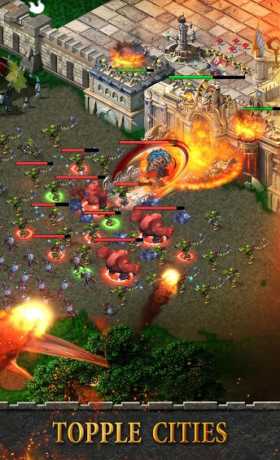 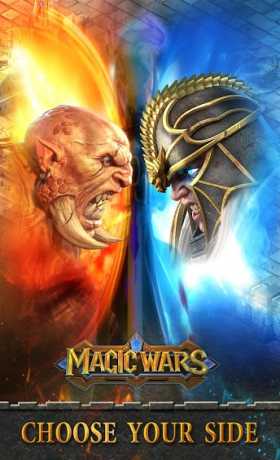