Take part in medieval knights duels! Hear the crowd roar as you step into the battleground! Listen to your heartbeat in the anticipation of combat! Feel the tension and witness as the cold steel pierces the armor of the unworthy! The joy of victory is available only to the best warriors. Are you one of them? Then prove it!
Succeed and have the glory you always wanted or fail and be erased from history.

Become a knight! Wear your heavy steel armor, grab your sharpened sword and start your way to glory! Compete with thousands of other players for honor and treasures in the most realistic, intuitive & visually stunning knight combat game in medieval times!

WITH SHIELD AND SWORD!
– Take part in fast and furious sword fighting duels on the medieval Arena!
– Cross your sword with the most famous and honorable knights of the kingdom!
– Attack your enemies with deadly super hits and combos!
– Become the champion of global leaderboards and earn glory and treasures!

BE READY TO FIGHT!
– Choose what you prefer most: a fast sword, a heavy crushing mace or a sharp war axe.
– Unlock new various armors, shields and weapons.
– Improve your equipment and try out different combat tactics.
– Use super hits and combos smartly to defeat even the strongest warriors.

********************
Welcome to the epic knights age! Be ready to step on the dangerous path to glory and wealth. Battle your way to the champions throne through thousands of enemies in singleplayer & multiplayer modes in this new free 3D game and become the legend of the knights!
Invite your friends and fight against them in online arena duels – settle arguments with them once and for all.
Forget about building castles, war games, racing and fantasy MMO. Here is the true hardcore fighting action in 3D. If you are looking for realistic medieval combat, this free game is for you. It features multiplayer pvp tournaments, furious knight duels for bets, deadly pve challenges and ruthless battles on the arena in an amazing and severe medieval ages, for free.
The Fight for the Champions’ crown has started!

Download Knights Fight: Medieval Arena right now for free and don’t miss the chance to show your valor in combat. 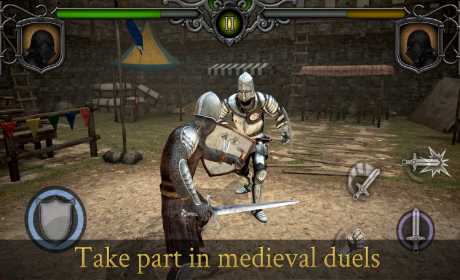 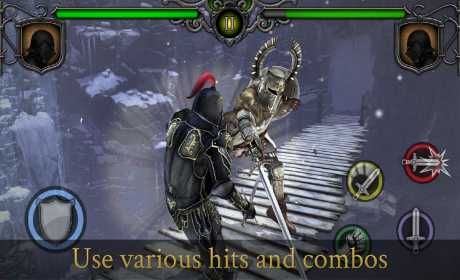 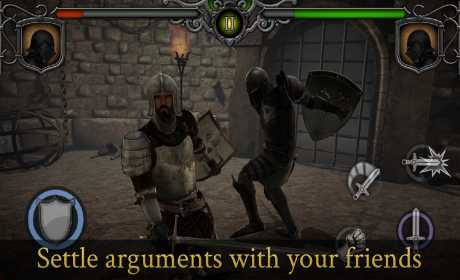