Hidden Temple VR Adventure is a adventure game for android

Ever wanted to be a treasure hunter in midst of the deepest jungle? Alone, in search of adventure, mystery and riches? Then grab your survival kit and your mosquito spray, because HIDDEN TEMPLE – VR ADVENTURE makes you the center piece of a thrilling virtual reality adventure. Escape from an ancient temple before it becomes your tomb!

In classic point-and-click manner you will have to collect and combine items in order to solve tricky riddles and discover secret chambers. You can explore the corridors of the temple through your motions alone as the fantastic full 360° view places you right in the middle of the adventure. Will you find the hidden treasure of jewels and gold?

HIDDEN TEMPLE – VR ADVENTURE can be played on all types of devices using the 360° view, however the use of VR-headsets such as Google Cardboard is recommended for the best experience. 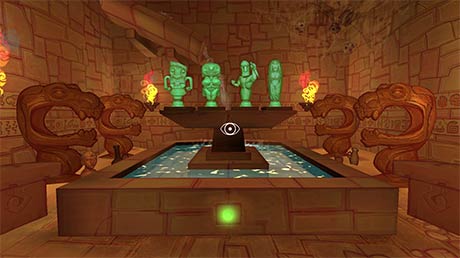 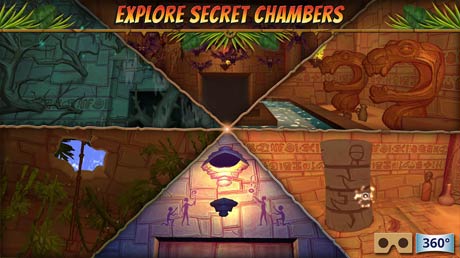 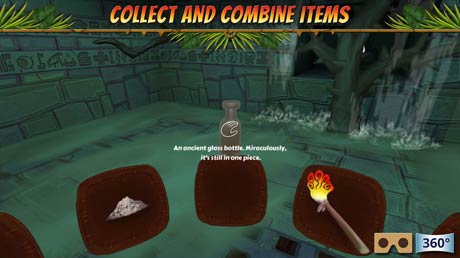