Heroes of Skyrealm is a team-based mobile game that combines the action of a hack and slash RPG with battle strategy of an RTS. Summon over 30 legendary Heroes, each with unique abilities and play styles. Use powerful attack or support spells, blast your foes from distance with long-range weapons, or hack and slash your enemies with massive swords and melee weapons. Action, RPG, or RTS – the choice is yours!

– Fast-paced, team-based hack and slash action – unlike any other action RPGs, bring three heroes to the fight at the same time!

– Co-op Boss Raid – hack and slash with two friends – up to nine Heroes at once, all in real-time!

– RTS gameplay – build your base in the sky, collect resources, scout and conquer enemy territories

Tired of the same old strategy and RPG games? Heroes of Skyrealm is a completely new experience that puts you in control, and gives you tons of gameplay options.

Are you an RPG fan? Customize your Heroes’ skills, level up their gear and maximize their stats before battling the enemy.

Are you an action junkie? Assemble your Heroes into the perfect team and hack and slash your way to victory in this groundbreaking action RPG.

Do you relish the challenge of RTS or MOBA games? Try the brand-new Stronghold Mode, where TowerDefense meets RTS gameplay!

Looking for even more action? Crush your Rivals in the real-time PvP Battle Arena. 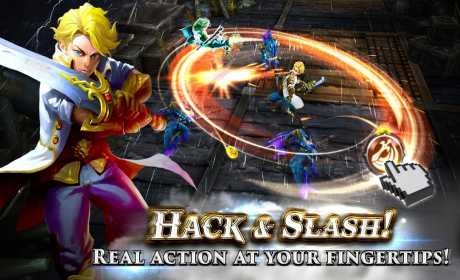 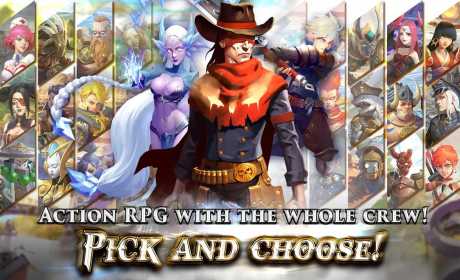 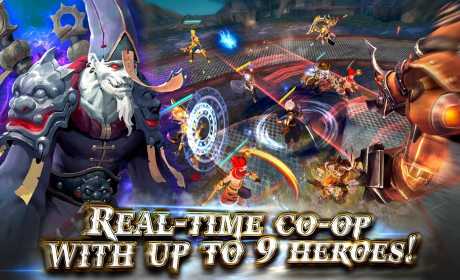