Gunslugs 2 is a Action Game for Android

Gunslugs is the most chaotic, fun, arcade action game you’ll find on any platform! Non-stop action from the guys behind Meganoid, Meganoid 2 and Stardash !

– “There’s so much praise I want to ramble on about, but I’ll leave it at this: Gunslugs is a game you must get your hands on” – Gamezebo

– Basically, it’s everything you could ask for from a rampaging action game, all packed up in a neat little mobile release with ample amounts of retro-style visuals, music and secrets.” – JayIsGames
– We grabbed a bunch of expendable action hero’s from the 80s and we made them team up as the Gunslugs to fight the war against the always evil Black Duck Army. Can you save the planet? maybe even the universe?
FEATURES
* Random level generation – no 2 game sessions will be the same!
* Unlockable characters
* Thumping sound track
* Fun variation of weapons
* Tank driving! 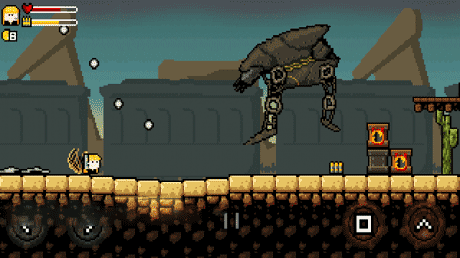 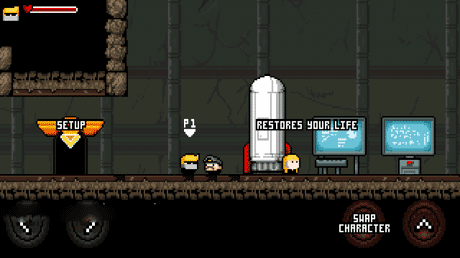