Use PRANKNET © to find your new crew some smash & grab heists, then blast away your stolen cash on different things. Mostly masks. Okay only masks.

Dodge the police by stealing and driving other people’s cars, because it’s too expensive to buy your own.

– FOUR AWESOME NEW MAIN GOATS, seriously these guys are like they’re from an Al Pancake movie.
– One can fly and control people’s brains, another can climb any surface with a wheelchair and a third can spit water that it stores in it’s back. Disgusting.
– PRANKNET – a database filled with stupid “jobs” for your crew to do. But who cares. They pay well.
– Buy masks to disguise your identity so that the police won’t catch you. Or just to look cool.
– There are like 14 new mutators to unlock. I’m not even kidding. So many.
– Did I say that you can steal and drive cars? 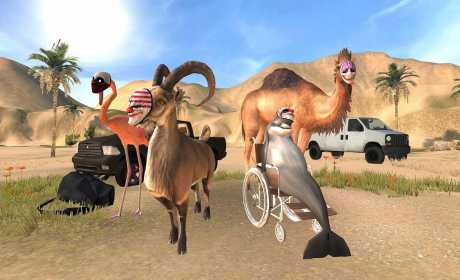 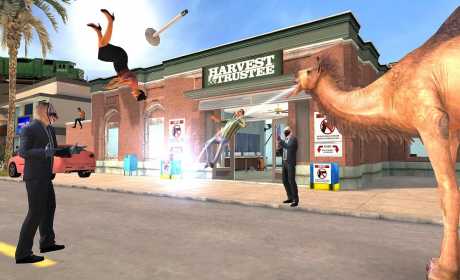 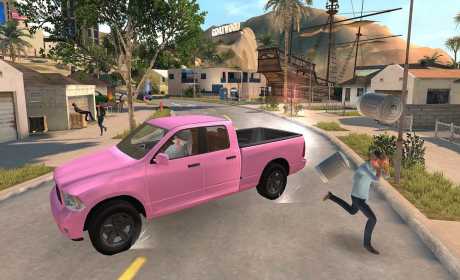