Hop into the sandals of a gladiator and fight for glory in epic arena battles.

Gladihoppers is a wacky 2d physics gladiator battle simulator where the mix of the 2d physics and regular 2d animation offers a fun and original gameplay quite unlike your average gladiator mobile game. The combat system features two different battle stances for your gladiator, each with their own directional attacks of varying power and speed that allow for more dynamic and interesting battles.

In addition to melee attacks there are also javelins to throw and over 90 items to customize your gladiator with; swords, axes, maces, shields, helmets, armor, pants, gloves and shoes.

Features:
– Fast-paced melee and ranged combat with hitboxes for each body part
– Career mode featuring various tactics and ways for you to bring your gladiator to glory
– ‘Save the Emperor’ Arcade game mode for a virtually endless fighting experience
– Quick Fight mode for custom and/or randomized short and fast-paced arena duels, including split screen multiplayer on the same device
– Over 90 pieces of equipment and 16 different character faces from four populations during the era of the ancient Roman Empire: Romans, Gauls, Nubians and Egyptians
– Seven arenas with their own unique look and feel: The Colosseum, Aegyptus, Macedonia, Gallia, Hispania, The Ludus & The Palace 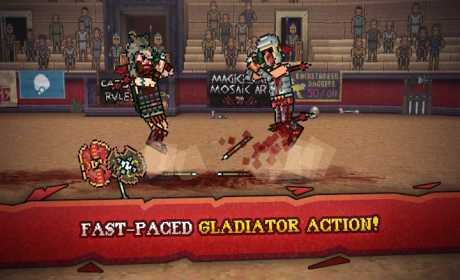 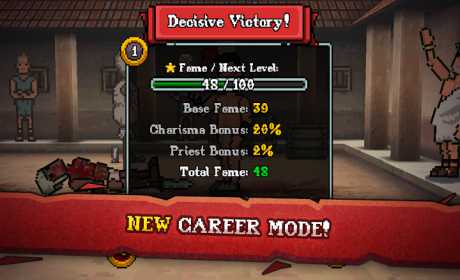 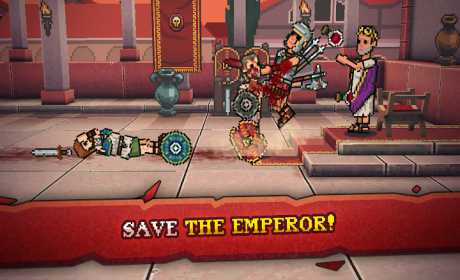