Lead your team of Gladiators to an epic war against the empire in the best strategy game. Build your strategy in battle and kill your enemy from all sides. Face limitless action in the online event game mode. Fill your armoury with killer weapons and upgrade and train your troop of Gladiators with unique combat skills. Do you accept the challenge?

– Experience the epic game mode of IMPERIUM CLAN BATTLES. Clans will compete for the DOMINATION OF COLOSSEUMS in an exciting map. Will your clan achieve victory and attract the attention of the Gods? Triumph over your enemies and achieve eternal Glory!

– The New Strategy experience. Join the heroes and command this war like a real gladiator. Take your weapons and strike the enemies with a powerful swords, axes, spears and war hammers. Release your fury upon your enemies in war!

– HD Graphics with DIFFERENT ARENAS AND ENVIRONMENTS, and a detailed world map to conquer with awesome mission challenges. Prize chests filled with treasure, resources, and awesome new weapons and armour for your gladiators

– Become a real veteran gladiator in the ONLINE MULTIPLAYER PVP EVENTS MODE. Take on the dynamic challenge with NON-STOP ACTION against other gladiator assassins. Continuous battles with the best strategy and turn-based command tactics game.

– Supply yourself with a HUGE ARMOURY. You have never before seen such realistic weapons in a fight game: swords, spears, axes, war hammers, daggers, shields, helmets, medallions, armbands… feel like a real ancient Roman gladiator!

– Face the battlefield from front-row arena seating. Alternate among your fighters in REAL TIME, and find the ultimate combination to win the war in the ultimate strategy and fighting game.

– Take the time to build and run a SUCCESSFUL CLAN with your friends formed by gladiators: sword and shield, two-handed sword, spear thrower and dual wielder… BUILD POWERFUL ALLIANCES!

– Unlock EPIC STATUES to increase your legion of gladiators.

– BUILD your own city and defend your base from enemies in the MULTIPLAYER mode: LEAGUE OF HEROES.

– Training increases the power of gladiators. EVOLVE YOUR TEAM!

In clan wars, your legion of gladiators captures arenas over the empire, gaining valuable resources and prizes from their strongholds.

Organise your troop of warriors and start the journey to the battlefield, where you’ll fight in biggest war the ancient kingdom has ever seen. Grow your empire, as the fate of your civilisation depends on its success. Do no let your clan fall in the hands of your enemies!

In Gladiator Heroes you will be the hero who leads a squad of fighters through sieged cities, deserts, jungle and frozen fields taken by hordes of enemies, and defeat all kinds of opponents in the war game with the greatest weapons and the best gameplay on the store.

The ultimate war experience. Use active and passive skills to eliminate rivals. Stop your enemies from dominating the battlefield in the best strategy game ever!

As the leader of your rising empire, you will face the rival armies. Take the control of the battlefield, and become the legend of the war in the most addictive multiplayer game.

– Experience this unique form of strategy game. Destroy your enemies with powerful weapons and your well-assembled team of heroes!

– Upgrade the skills and abilities of every member of your band: make them faster, stronger, more lethal. Equip them with the best weapons. Evolve your squad and lead them to victory.

Will you be able to annihilate all the enemies in this bloody war? Welcome to the ROMAN EMPIRE. Welcome to GLADIATOR HEROES.

Gladiator Heroes is a free strategy game, however you will have the option to buy some items in the game in exchange for real money. If you prefer not to use that function, please disable in-app purchases in your mobile device’s settings.

How to install:
1. Install APK
2. Copy folder “com.generagames.gladiatorheroes” in “Android/obb”
3. Play and enjoy 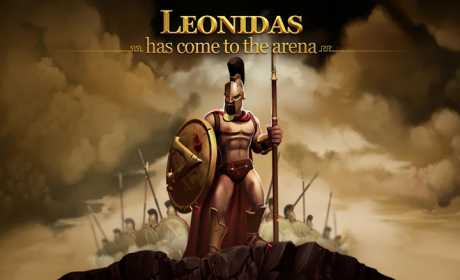 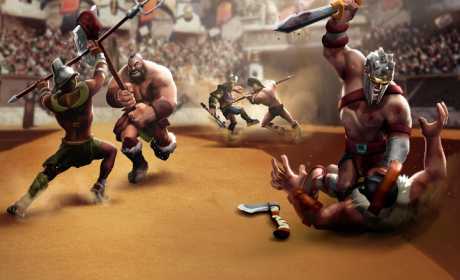 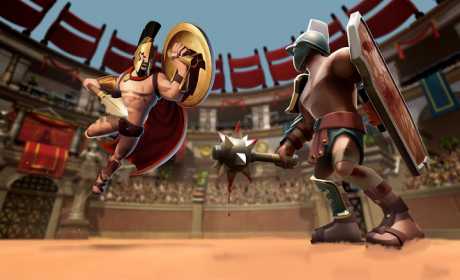