Gears POP! is a Strategy Game for android
download last version of Gears POP! Apk for android from revdl with direct link

Build the baddest squad and Pop into Battle! From the Gears of War universe comes a real-time multiplayer game featuring your favorite Gears characters in the style of Funko Pop!

Collect and upgrade your battle Pins, including your favorite Gears of War characters, projectiles and defenses – then lead them to victory in an epic real-time battle! Destroy the enemy outposts to defeat your opponent and unlock Gear Packs for great rewards including adorable Pop vinyl characters delivered in their Funko Box! Join a Crew and play with a friend in 2 player Horde mode against waves of enemies and an epic Boss!
Craft your winning strategy and take to the battle arena against the top players in the world.

Features:
● Duel players from around the world in real-time PVP battles on iconic Gears battlefields!
● Over 30 Gears of War characters are ready for your orders, all brought to life in authentic Funko Pop! designs.
● Earn sweet rewards and epic bounties from Gear Packs
● Build your squad the way you want, mixing and matching COG & Locust units like never before.
● Turn the tide of battle with powerful ‘Ultimate’ abilities, like the devastating Emergence Hole that floods the battlefield with Wretches.
● Battle through the arenas and into the big leagues to challenge the best players in the world and fight for even better rewards.
● Test your mettle in the Bootcamp to try out new squads and hone your strategy.
● Team up with a crew mate against a Horde of enemies and fight an epic Boss!
● Customise your Funko Pop avatar with body armour, t-shirts and stickers!

A network connection is required to play. 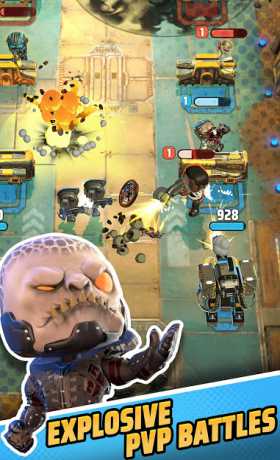 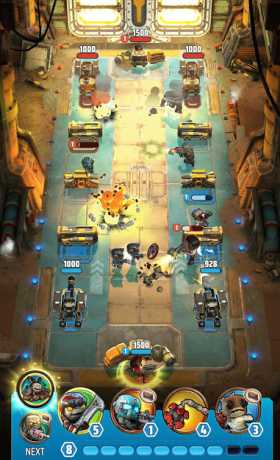